Why Marijuana Legalization Might Not Mean What You Think 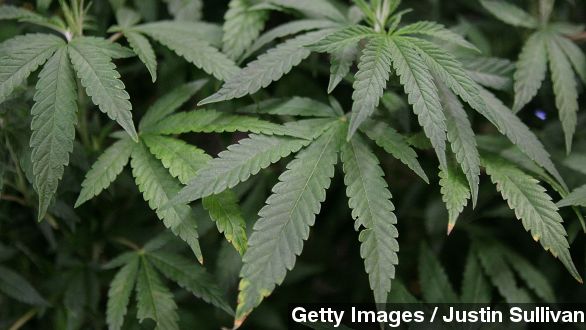 SMS
Why Marijuana Legalization Might Not Mean What You Think
By Jake Godin
By Jake Godin
November 5, 2014
The dust has cleared after 2014's midterm elections, and it's clear people want legalized marijuana. Well, at least in Alaska, Oregon and D.C.
SHOW TRANSCRIPT

Red filled up much of Tuesday's midterm elections map, but it turns out green also tallied big wins. And no, we don't mean Ralph Nader.

CAMPAIGN TO REGULATE MARIJUANA LIKE ALCOHOL: "I think marijuana should be legal."

We mean marijuana, of course. Oregon and Alaska became the third and fourth states to legalize marijuana possession and sales. Washington, D.C., also legalized marijuana, but only its possession.

D.C.'s Initiative 71 passed last night with almost 70 percent voter approval while Oregon and Alaska both passed measures in closer races — 54 and 52 percent of the votes, respectively.

Of course, in the federal government's eyes, marijuana is still an illegal drug, and therefore, you won't be seeing anyone on The Hill or any other federal land in D.C. lighting up.

One of the biggest concerns for opponents in Alaska and Oregon seems to be marijuana edibles, which have worried some for their potent effects.

But as Vox points out, advocates for Alaska pushed legalization as more of a libertarian issue, keeping the government out of people's private lives. Oregon, on the other hand, pushed the potential revenue and strict regulation as positives. (Video via Campaign to Regulate Marijuana Like Alcohol and Vote Yes on 91)

The U.S. territory of Guam and South Portland, Maine, get honorary mentions as two others passing pot legislation as well. Guam voted in favor of using the drug for medicinal purposes, and the small Maine town's vote was seen more as symbolic.

But there was one state in which marijuana didn't see quite as much success — Florida.

UNITED FOR CARE: "Voting yes on 2 will allow doctors to recommend the medicine they feel will ease the pain and suffering of thousands of sick Floridians."

Although the final vote came in around 58 percent, under Florida law, the amendment needed 60 percent of the vote to become a constitutional amendment.

As Slate points out, the vote came off as unexpected. Many had pegged Florida to be the first Southern state to legalize medical marijuana, but a heavy "No on 2" campaign seems to have succeeded in dissuading voters.

VOTE NO ON 2: "Amendment 2 — there's nothing medical about this marijuana."

Those campaigning for legalization in Florida vowed to give medical marijuana legalization another go in 2016.