Why It's So Hard To Make People Care About Endangered Bugs 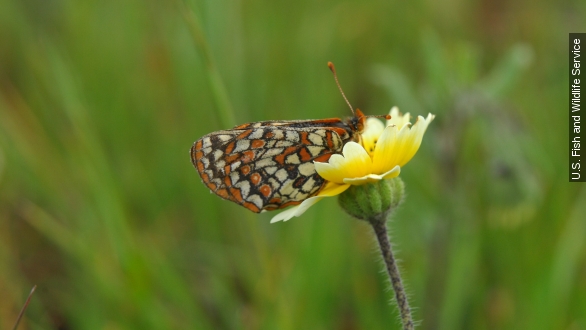 By Sebastian Martinez
May 6, 2015
Hundreds of species of insects are listed as endangered, but they don't get nearly as much attention as their mammalian counterparts.
SHOW TRANSCRIPT

This is Capelatus prykei, a diving beetle that's brand new to science, but already has a big problem.

The researchers who discovered Capelatus have asked for it to be listed as critically endangered.

That's because Capelatus has only been found in an area of wetlands in Western Cape, South Africa, and it faces the threat of habitat loss, through urbanization and development. (Video via Google, African Queen Guesthouse)

But Capelatus' case is hardly unique. Destruction of habitat hits insects particularly hard because many of them are habitat specialists — meaning they're tied to their specific ecosystem. (Video via The Guardian)

Of the just over 5,000 species of insect evaluated by the International Union for the Conservation of Nature, about 1,000 are endangered, and a further 1,450 are data deficient, meaning their conservation status is unknown.

That's 5,000 species — one half of one percent of the million or so species of insect described by science, which is just a fraction of the six million species estimated to live on our planet. (Video via Commonwealth Scientific and Industrial Research Organisation)

Given that sheer volume of insects, it's really hard to keep track of how many are at risk of extinction, or even already extinct. (Video via Lindblad Expeditions / National Geographic)

Dr. David Bilton, the lead author in describing Capelatus, put it like this: "It's not always easy to be sure a relatively large vertebrate is extinct. It's therefore often even more difficult for small insects, with specialised, and often poorly-known habitat requirements."

This dilemma might be to blame for the fact that endangered insects attract a lot less attention than their more charismatic mammalian counterparts. (Video via 3AWRadio, BBC)

But beyond what Bilton calls their, "intrinsic right to exist," there's a strong ecological reason to preserve them. (Video via CBS)

Insects play crucial roles in ecosystems across the world, from regulating plant life to becoming food for other organisms, so while we might not notice them on a daily basis, it would be hard not to notice their absence. (Video via Rice University)

You can find Dr. Bilton's work in the journal Systematic Entomology.

This video includes an image from *Psycho Delia* / CC BY NC 2.0 and music from Master Class & Blendy Cello / CC BY NC SA 3.0

Mississippi Last In Nation For Number Of Fully Vaccinated People

This University's Virus Tracker Could Pave The Way For Other Campuses

Cover Crops Grow In Popularity, But Not Everyone Can Afford Them

WTVF: Student And School Resource Officer Team Up To Pen A Book

FDA Says Don't Eat Cicadas If You're Allergic to Seafood

Krispy Kreme Has Given Out 1.5M Doughnuts To Vaccinated People