Why Is The US Military Training Only 90 Syrian Rebels? 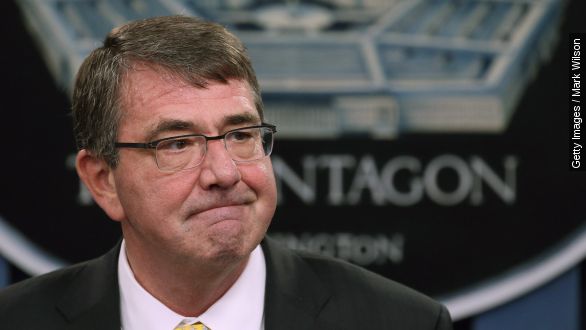 SMS
Why Is The US Military Training Only 90 Syrian Rebels?
By Jake Godin
By Jake Godin
May 8, 2015
The U.S. military is now training 90 Syrian rebels to fight ISIS, but with a goal of 5,000 per year, why so few?
SHOW TRANSCRIPT

"We're announcing today that combat training has begun for a company-sized group from the New Syrian Forces. This program is critical and a complex part of our counter-ISIL efforts," U.S. Defense Secretary Ashton Carter said. (Video via U.S. Department of Defense)

Carter revealed on Thursday the U.S. is currently training a company of Syrian rebels in Jordan to fight ISIS in Syria. As for just how many fighters are being trained, it's not much. Especially given the U.S. goal of training around 5,000 fighters per year. (Video via Sword of al-Sham Brigades, Free Syria Army 13th Brigade)

"There are about 90 of the trainees," Carter said.

Speaking to The Wall Street Journal, an unnamed U.S. official compared the recruits to "drops coming out of a pipeline." (Video via Sword of al-Sham Brigades)

With Syrian rebels fighting on two fronts against both ISIS and forces loyal to Syrian President Bashar Al-Assad, one might think they'd be looking for any help they can get. So what's with the low turnout?

As valuable as receiving advanced combat training and arms from the U.S. might be, the U.S. will only train rebels for the purpose of fighting ISIS, not the Assad regime. (Video via Free Syrian Army 13th Brigade)

Writing for Foreign Policy, Syria analyst Hassan Hassan says training rebels to fight Assad is just as, if not more, important than training them to fight ISIS. One reason, he argues, is morale. (Video via C-SPAN)

While the U.S. remains noncommittal in taking action against Assad's forces, Syrian rebels are fighting to topple the regime. That makes it just as important of a target to them as ISIS is to the U.S. (Video via Office of Syrian President Bashar Al-Assad)

The U.S. hasn't had the best track record in working with opposition forces in Syria, either. (Video via Abu Amara Brigade)

A leader of the Hazzm Movement, a group backed by the CIA in a separate training program, complained to U.S. lawmakers in January saying, "We walk around Syria with a huge American flag planted on our backs, but we don't have enough AK-47s in our hands to protect ourselves."

But there's some good news here. A U.S. Central Command spokesman told The New York Times a further 3,700 or so fighters have volunteered with 400 already screened and 800 in the process of being screened. (Video via Sword of al-Sham Brigades)

Whether those fighters will all make it is hard to say. The U.S. is employing stringent screening procedures to help prevent any civilian attacks or defections when the trainees return to Syria. (Video via Abu Amara Brigade)