Why Is Everybody Suing Jay Z? 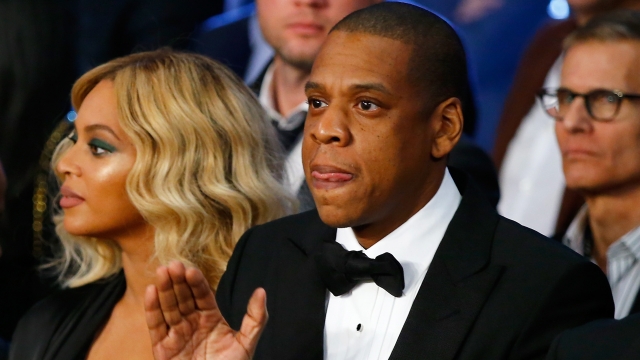 SMS
Why Is Everybody Suing Jay Z?
By Calvin Stovall
By Calvin Stovall
January 27, 2016
Rapper-turned-mogul Jay Z has been hit with a string of legal challenges that could cut into his $550 million net worth.
SHOW TRANSCRIPT

In 2005, Jay Z told fans he wasn’t a businessman. Instead, the man born Sean Carter insisted that he is a business entity unto himself.

Carter’s reported $550 million net worth backs up that claim, but a recent string of lawsuits threaten the artist-turned-mogul’s otherwise stellar track record of parlaying his musical talent into corporate dollars.

Page Six reported Wednesday that Carter is being sued for $18 million by Perfumania, the company he partnered with in 2014 to release the Gold Jay Z cologne.

Perfumania claims that Carter failed to promote the product by avoiding several events that could garner his fragrance some much needed publicity. Perfumania said that caused Gold Jay Z to go from being the best-selling celebrity fragrance of 2014 to only grossing $6 million in 2015.

The company now wants Carter to repay the $2 million in royalties he’s already received, plus pay them $16 million in damages.

This is the latest in a slew of suits against Carter. In October 2015 he and producer Timbaland beat a copyright lawsuit over a sample used in their 1999 hit “Big Pimpin’.”

British singer Rita Ora is also suing Carter’s management company, Roc Nation. She hopes to get out of her deal, claiming the company’s rapidly diversifying interests have left her out in the cold at a crucial point in her career.

If these complaints stick, they could hurt the reputation of Jay Z, the business, or put a dent in Carter, the man's, massive net worth. In the words of his late friend and mentor, The Notorious B.I.G., "More money, more problems."