Why Is Ben Carson Connecting Hillary Clinton To Lucifer? 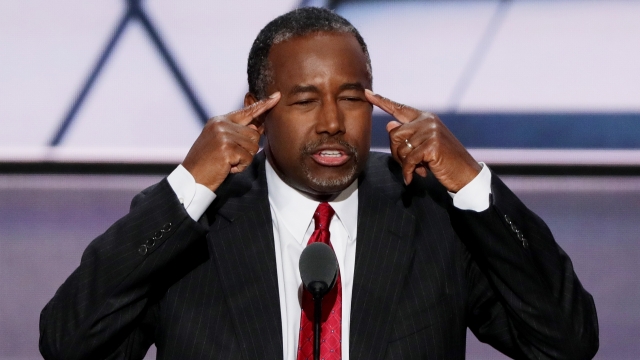 SMS
Why Is Ben Carson Connecting Hillary Clinton To Lucifer?
By Ben Lawson
By Ben Lawson
July 20, 2016
Carson says Clinton shouldn't be president because her senior thesis was about a guy who "acknowledged" Lucifer.
SHOW TRANSCRIPT

"So are we willing to elect someone as president who has as their role model somebody who acknowledges Lucifer?" asked Ben Carson.

That was former presidential candidate Ben Carson attempting to connect Hillary Clinton to the devil during a speech at the Republican National Convention.

The basis for his statement comes from Clinton's senior thesis from 1969 when she was a student at Wellesley College.

It focused on Saul Alinsky, a community organizer known for his ability to mobilize large groups of people. His 1971 book "Rules for Radicals" detailed his methods, but he also dedicated it to Lucifer, whom he described as "the very first radical."

Clinton's connection to Alinsky has been a talking point for conservatives since she was the first lady, and Carson has discussed it before, as well.

Clinton's thesis was kept from the public for years but eventually was released.

This video includes clips from Hillary for America and MSNBC, and images from Random House and Getty Images.