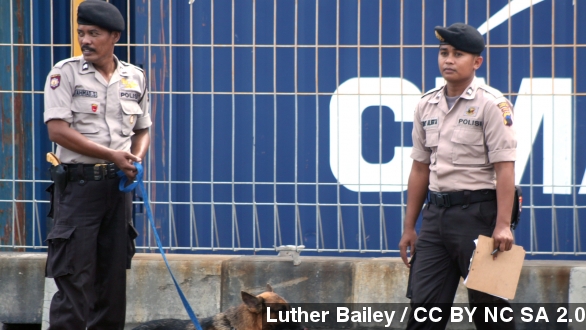 Authorities executed four men from Brazil, the Netherlands, Nigeria, Malawi, a woman from Vietnam and an Indonesian woman shortly after midnight, at two different locations. (Video via Al Jazeera)

Brazil's president Dilma Roussef said she was outraged by the decision to execute the Brazilian man, 53-year-old Marco Moreira. (Video via Presidency of the Republic of Brazil)

While Dutch Foreign Affairs Minister Bert Koenders called the executions "a cruel and inhuman punishment." Both Brazil and the Netherlands withdrew their ambassadors from the country.

Indonesia, like much of Southeast Asia, has prohibitively strict drug laws, at least in part because it's so close to the so-called "Golden Triangle" — one of the world's biggest opium producers. (Video via Deutsche Welle)

The triangle, made up of parts of Laos, Myanmar and Thailand, produces more opium than any other region, barring Afghanistan's "Golden Crescent," and the region therefore sees its share of trafficking. (Video via Voice of America)

The six people put to death were convicted of drug trafficking charges, with Moreira arrested after authorities found cocaine hidden in a hang glider he had with him at Jakarta Airport back in 2003. (Video via Metro TV)

A British woman named Lindsay Sandiford is currently facing the death penalty for smuggling cocaine into the country, which she says she did because a gang threatened her family. (Video via BBC)

Sandiford has exhausted the country's appeals process, and Indonesia's President Joko Widodo has pledged to be tougher on drug trafficking, so a pardon doesn't look likely. (Video via The Financial Times)

Still, the executions don't come without a cost to Indonesia — the country risks alienating other countries, as the Brazilian government warned Moreira's execution would damage relations between the two countries.

This video includes image from Jeso Carneiro / CC BY NC 2.0 and Getty Images.