Why Hulu Should Pick Up 'The Mindy Project' 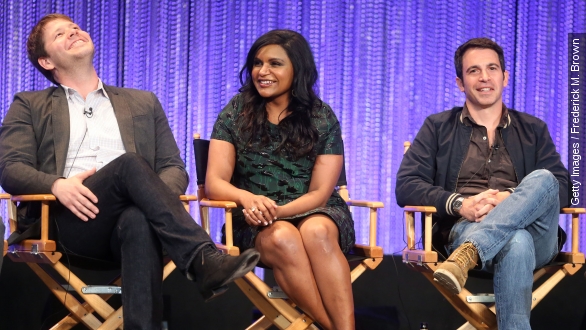 After three seasons on the air, "The Mindy Project" has officially gotten the axe from Fox.

"How dare you!" said Mindy Kaling in a promo for "The Mindy Project."

But try not to freak out because the future isn't looking too bleak for Mindy Kaling's romantic comedy. The Hollywood Reporter writes that Hulu is in serious talks to pick up the series and roll out a couple more seasons. It actually makes a lot of sense.

While Kaling's series was never a ratings juggernaut, it did manage to score some critical praise and grew a niche-fan base that would love to see the show go on.

Which makes Hulu seem like a logical home for it because being a digital platform means it doesn't have to worry about broadcast ratings or please advertisers by attracting a diverse audience.

Hulu is already putting a focus on original content, and picking up a series that has a ready-made fanbase would remove some of the risks of pouring money into a new series.

"I want you to love me in the way that I can show on Instagram," said Kaling in a promo for the "The Mindy Project."

Plus, Hulu currently has previous seasons of the show available on its site, so people have been heading to that platform to watch "The Mindy Project" anyway.

Kaling doesn't seem to be sweating her show being dropped at all. When news broke that it was canceled, she posted this video on Instagram with a knowing wink to fans.