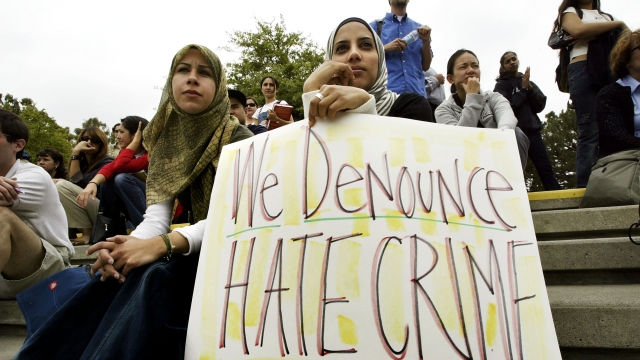 SMS
Why Hate Crime Statistics Are Unreliable In The US
By Jake Jones
By Jake Jones
November 27, 2016
Hate crime reports have spiked since the election, but this may not be as drastic a change as you might think.
SHOW TRANSCRIPT

There's been an apparent spike in reported hate crimes since the U.S. presidential election.

Critics of President-elect Donald Trump have blamed the increase on some of the rhetoric used during the campaign season.

But here's the problem: Hate crime statistics are incredibly tricky to interpret.

The issue comes down to reporting. It's usually up to individual police officers to decide if an incident counts as a hate crime.

That officer then has to file the crime as bias-related, which requires more paperwork.

The FBI does a good job of auditing police precincts for stats on crimes like murder to make sure the numbers are accurate.

But right now, there's no nationwide audit or review of hate crime reporting, or a lack thereof.

And local law enforcement aren't required to report hate crimes to the FBI. Hawaii, for example, doesn't report any of its hate crimes.

And even in states like New Jersey — which has one of the better hate crime reporting systems — there's still a fluctuation in the number of precincts that report hate crimes year to year. And that significantly impacts the final count.

That's something private hate crime trackers struggle with as well. The Southern Poverty Law Center added a self-reporting webpage for victims of hate crimes following the election but openly admits there isn't enough data to draw statistical conclusions. The SPLC also made it clear that these reports are anecdotal and haven't been individually verified.

That being said, the SPLC found or received 701 "incidents of hateful harassment" the 10 days following the election.

That's not to say that hate crimes have increased or decreased — just that year-to-year national trends can be easily skewed.

Local trends can be more reliable because individual police precincts know what their past reporting on hate crimes looks like.

Experts say in order to fix hate crime reporting, the focus should be on educating police and everyday citizens on what hate crimes are and how to report them.