Why Hasn't The US Admitted More Syrian Refugees? 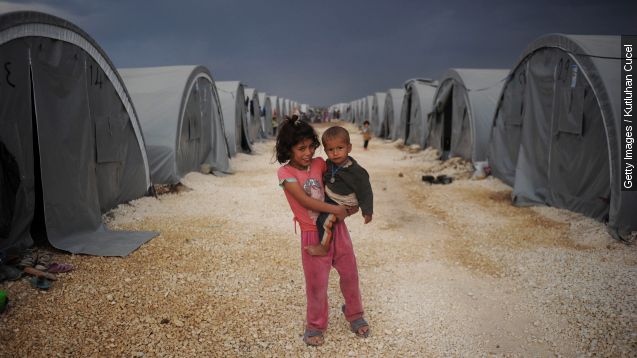 There are more than 4 million Syrian refugees. The U.S. has taken in fewer than 1,500 of them. (Video via U.N. High Commissioner for Refugees)

Or, to put it another way, the number of Syrian refugees admitted by the U.S. wouldn't even fill Carnegie Hall.It’s really kind of mind-boggling when you consider the U.S. takes in about 70,000 refugees every year.

How is it so few were accepted from Syria — a country producing more refugees than anywhere else in the world? (Video via UNICEF)

"'How can you say that the United States is doing enough to respond to that?' I would simply say we've provided — and the $4.1 billion in humanitarian assistance since the start of the crisis," U.S. State Department Deputy spokesman Mark Toner said.

To be sure, the U.S. is the single biggest donor to the humanitarian crisis in Syria. (Video via U.N. High Commissioner for Refugees)

And it's true the U.S. resettles more refugees than any other country — just not from Syria."We have to assume that ISIS or Al-Qaeda would try to take advantage of the situation," Rep. Peter King told CNN.

In Washington, there's the perception among some that Syrian refugees pose a national security risk. Thing is, the State Department has an incredibly lengthy screening process it conducts before any Syrian refugee steps foot on U.S. soil.

And yeah, that's a big improvement but just a drop in the bucket compared to what some allies have pledged.

If tiny Germany can take in 800,000 refugees this year, surely the U.S. has room for a few more, too. (Video via U.N. High Commissioner for Refugees)