Why Has The Binghamton Shooting Been Forgotten? 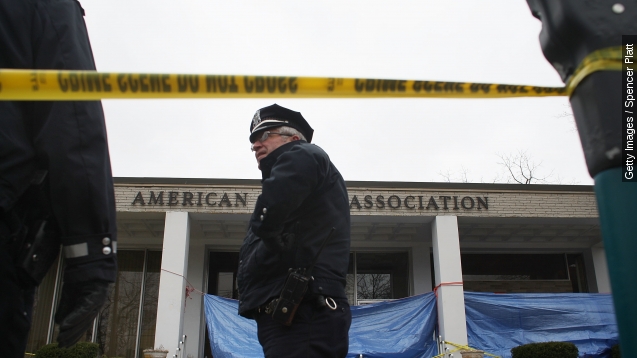 SMS
Why Has The Binghamton Shooting Been Forgotten?
By Ryan Biek
By Ryan Biek
December 14, 2015
The 2009 Binghamton, N.Y., shooting is tied for second-deadliest during Barack Obama's presidency. So why isn't it mentioned more?
SHOW TRANSCRIPT

You might not have heard about one of the deadliest shootings in American history.

In 2009, gunman Jiverly Wong stormed an immigrant resource center in Binghamton, New York, killing 13 others and himself. (Video via The Post-Standard)

According to Mother Jones, that massacre is tied with the San Bernardino shooting for second-deadliest during Barack Obama's presidency.

Yet, Binghamton rarely is mentioned in the president's speeches. (Video via The White House)

Nor in many editorials covering mass shootings.

According to Vocativ, Binghamton's former mayor said, "It is kind of a mystery why Binghamton isn't part of the [mass shooting] lexicon, which I'm glad about in some ways — that's not necessarily something you want to be known for." (Video via WBNG)