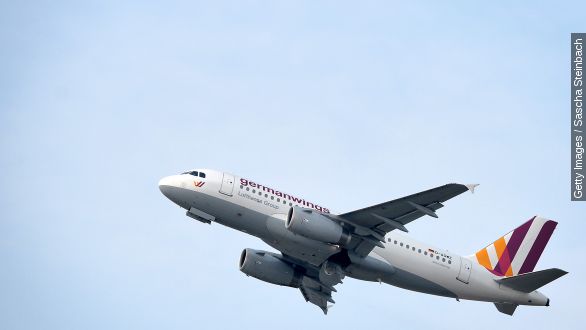 As more information surfaces about the circumstances leading to the crash of the Germanwings Flight Tuesday, many media outlets are stressing the same particular detail about co-pilot Andreas Lubitz.

"German media has reported that he suffered a serious bout of depression in 2009, for which he received treatment," said an Al Jazeera reporter.

"But a hospital Lubitz visited as recently as March 10 says that he was not being treated for depression," a CNN anchor reported.

"Could that have culminated with the depression to then cause him to say, 'I'm going to lose my career as an airline pilot,'" an MSNBC contributor asked.

Lubitz's previous depression treatment, coupled with reports he tore up a sick note excusing him from work and recently split from his girlfriend, have been included in media coverage. News organizations have asked what could have caused what investigators call a "deliberate" crash that killed all 150 people on board. (Video via ABC)

Despite these reports, experts say depression doesn't typically lead to acts of violence.

As one psychiatrist told The Independent, "In the vast majority of cases of depression, suicide is the main risk, not violence. So, depression is not in itself a sufficient explanation for murder suicide, but early detection and adequate treatment might reduce the risk."

Experts argue those living with depression have been unfairly portrayed because of the way some have characterized Lubitz as violent. One editor for The Atlantic writes, "Suicidal doesn’t equal homicidal. Criminal doesn’t equal crazy. And crazy is an unkind thing to call someone who’s suffering."

And with front pages like these, it seems publications haven't taken these criticisms in mind while covering the latest developments.

People haven't been shy about calling out media outlets for this kind of coverage. Tony Blair's former spokesperson tweeted, "Hideous front pages show how far we have to go in beating stigma and taboo surrounding depression."

Mental health organizations have also criticized the coverage of Lubitz's illness, called the linking of his mental health problems and the Germanwings crash "widespread speculation." (Video via Nature)

Lufthansa, the parent company of Germanwings, first said Lubitz was competent to fly but later stated he slipped through their safety nets.