Why Greece Is Pushing The Issue Of German WWII Reparations 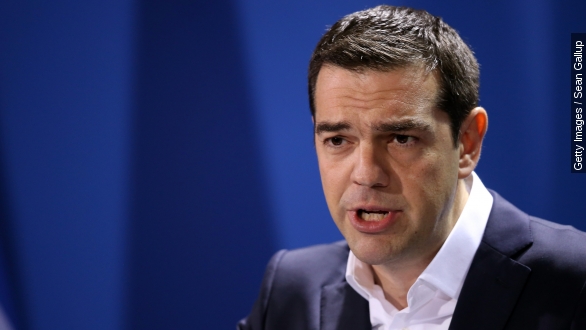 In 1941, Germany invaded Greece, starting an occupation that would last until 1944. (Video via U.S. National Archives)

In that time, Nazi and other Axis forces massacred thousands of civilians and killed more than 60,000 Greek jews — 80 percent of the country's Jewish population.

Now, Greece's deputy finance minister says Germany owes Greece reparations for those crimes, on the order of $303 billion. (Video via Parliament of Greece)

Greece has been wrestling with Germany over reparations since the 1960s, when Germany paid the country 115 million marks for a forced loan it took from the Bank of Greece worth a lot more than that during the occupation.

Greece's prime minister Alexis Tsipras has been pushing for further reparations essentially since he was elected, most recently during a press conference with German Chancellor Angela Merkel last month in Berlin. (Video via Prime Minister of the Hellenic Republic, Office of the German Federal Chancellor)

Merkel has insisted the issue has been settled, pointing to a treaty signed when Germany reunified in 1990, that Greece recognized, which provided for no further reparations. (Video via Deutsche Welle)

Tsipras is trying to negotiate Greece's huge debt — around $340 billion — with the troika of European creditors: the International Monetary Fund, the European Commission and the European Central Bank.

Germany has taken the lead in those negotiations, making it the face of Greece's creditors, and thus Greece's highly unpopular austerity measures. (Video via Press TV)

A writer for The New York Times argued last month Tsipras has used that sentiment as part of his political strategy after being forced to backtrack on many of his campaign promises to end austerity.

Greece is scheduled to make a loan repayment of about $486 million to the IMF on Thursday.

This video includes an image from Getty Images and German Federal Archive / CC BY SA 3.0.