Why Germany Isn't Happy About The ECB's New Stimulus Plan 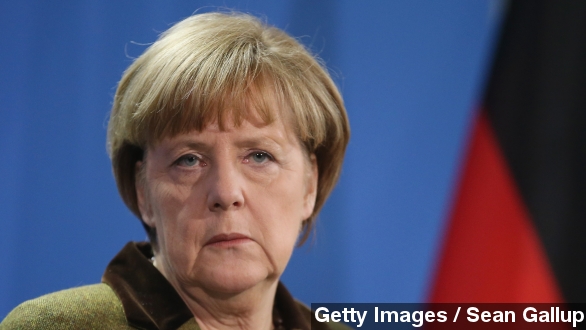 "Under this expanded program, the combined monthly purchases of public and private securities will amount to €60 billion," Mario Draghi said.

When the European Central Bank's president Mario Draghi announced a €1.1 trillion stimulus plan for the Eurozone Thursday, a huge sigh of relief swept through European and U.S. markets.

The plan, which involves the ECB creating 60 billion new euros each month until Sept. 2016, using the new cash to buy bonds from banks across the E.U., ended up being bigger than observers were expecting. It was enough to earn the ECB president his familiar title in the press: "Super Mario."

But there's one country that isn't celebrating the stimulus: the ECB's longtime supporter Germany.

German Member of European Parliament Markus Ferber told Euractiv, "New debts become cheaper, and that is the wrong signal for those debts to do any reforms."

Germany, the largest and arguably most influential economy in the Eurozone, is worried this new program will force it to shoulder the debt of weaker nations. The country's lawmakers argue more bond-buying will take pressure off of countries which need to enact structural financial reforms.

Speaking in Davos Thursday, German Chancellor Angela Merkel said the ECB's move "should not obscure the fact that the real growth impulses must come from conditions set by the politicians."

And a writer for The Guardian points out the German public views the measure as "printing money," a subject which prompts "horrifying visions of handcarts full of devalued marks" from the hyperinflation of the 1920's.

German opposition to the plan has already forced Draghi to add some concessions to the ECB's new measures, mitigating the amount of risk shared between the E.U. countries. That's good for Germany, but could lessen the positive effects of the bank's program.

And a writer for The Telegraph notes defying Germany, while necessary, risks "German political consent for the euro project."

So far, Germany hasn't signaled any official challenge to the ECB's decision. Officials from other E.U. countries have called on Berlin to respect the ECB's independence.