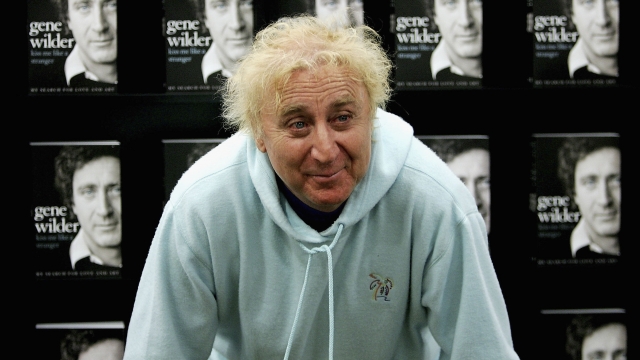 SMS
Why Gene Wilder Didn't Make A Movie In His Last 25 Years
By Grant Suneson
By Grant Suneson
August 29, 2016
Gene Wilder largely avoided making movies later in his life, saying he wasn't a fan of the gratuitous violence and swearing in Hollywood.
SHOW TRANSCRIPT

Gene Wilder made more than enough iconic films to cement his legacy. But during the later years of his life, Wilder appeared in almost nothing. His last feature film, "Another You," came out in 1991.

In an interview at New York's 92nd Street Y in 2013, Wilder explained how he became disillusioned with the style of films that became popular in Hollywood.

SEE MORE: Gene Wilder, Star Of 'Willy Wonka' And Many, Many Others, Dies At 83

The vast majority of Wilder's work happened in the 1970s and 1980s, when he collaborated with comedy legends such as Mel Brooks and Richard Pryor.

Wilder was nominated for two Oscars: best supporting actor for "The Producers" and best adapted screenplay for "Young Frankenstein."

Wilder said he would have been happy to do more films like those, but comedy went in a different direction than the one he was comfortable with.

"If something comes along that's really good and I think I would be good for it, I would be happy to do it. But not too many came along," Wilder said.

But just because he was off camera doesn't mean he wasn't busy. After shying away from show business, Wilder wrote six books, including a few novels and a memoir.

Wilder died Monday of complications from Alzheimer's disease. The 83-year-old was surrounded by his family in his Connecticut home. His nephew said he kept the diagnosis a secret because "he simply couldn't bear the idea of one less smile in the world."