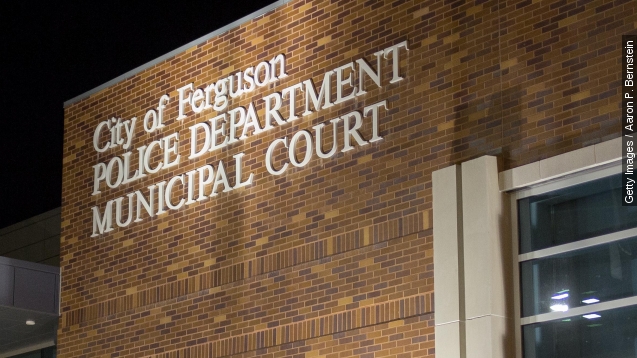 Monday, the city of Ferguson said it's getting rid of all warrants given out before December 31st of 2014.

Municipal Judge Donald McCullin, who was appointed in June to help fix Ferguson's court system, ordered the changes as a way to help restore some faith in the court system.

"The concern has been raised that people felt they were going through and felt they didn't know the process or that they were being taken advantage of. ... We hope people will feel more confident in the process," Ferguson mayor James Knowles said.

The change sounds radical, but the court has made a number of changes since the shooting of Michael Brown and the protests that followed. In March, a Justice Department report basically found the municipal court was acting like a collection agency using ticketing fees. (Video via PBS NewsHour)

Mayor James Knowles pushed back against those numbers, saying they make Ferguson's warrant problem look a lot bigger than it is.

"That's not accurate that we have that many warrants. ... They're double and triple counting based on charges, not based on people," Knowles said.

He said the actual number of people with outstanding warrants is more like 9,000. But that's still a high percentage, considering Ferguson's population is only around 21,000.

That could be why Judge McCullin told NPR he wasn't surprised changes needed to be made when he took the bench.

"They didn't have ways to raise revenue, it almost became a knee jerk reaction to use whatever revenue avenues they had and to enhance those." McCullin said in mid-August.

The charges behind those warrants aren't going away, though. Those with old warrants will be given new court dates, giving them another chance to take care of their legal troubles.

Correction: An earlier version of this video referred to Ferguson Mayor James Knowles as John Knowles. The video has been updated.