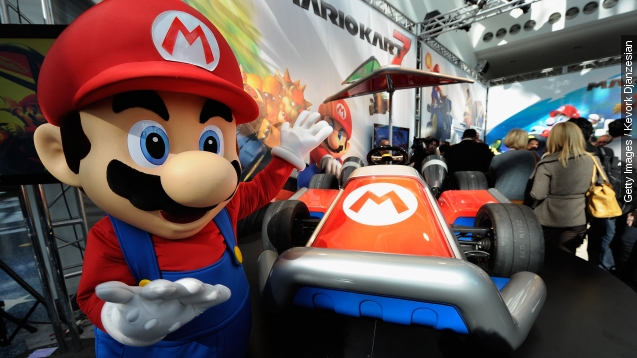 SMS
Why Fans Aren't Happy With Nintendo's First Mobile 'Game'
By Ben Lawson
By Ben Lawson
October 29, 2015
Nintendo's first mobile release, "Miitomo," isn't what we were expecting, and it's coming out later than the company initially announced.
SHOW TRANSCRIPT

Players can make a custom avatar, like the ones from the Wii and 3DS, to communicate with other players. But Nintendo was careful to avoid calling "Miitomo" an actual "game"; it sounds like a social network more than anything else.

The company had promised a game would be out by the end of the year, but now it's saying "Miitomo" won't come out until March 2016.

Investors were none too forgiving over the delay. Nintendo, and its mobile development partner DeNA, both saw their stock prices take a plunge after the announcement.

Plus, Nintendo is catching some criticism for not using of any of its iconic characters, like Mario or Donkey Kong, in this first game.

Nintendo is probably trying to avoid risking proven characters like Mario in an unproven platform. But the mobile market is already pretty crowded, and the company could probably use some name recognition to jump ahead of the competition. (Videos via King.com, Rovio, Nintendo)

There's no word on exactly when other mobile titles are coming from Nintendo, but the company said this spring, it aims to have five out by March 2017.