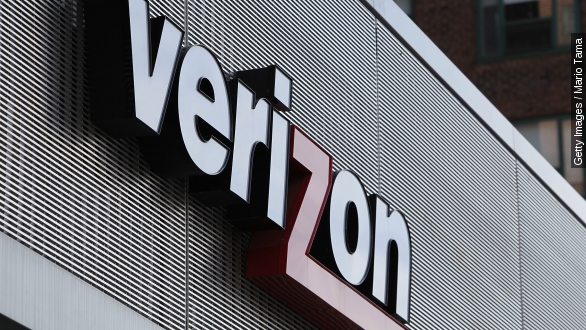 SMS
Why ESPN Wants To Block Verizon's Custom Cable Bundles
By Ben Lawson
By Ben Lawson
April 27, 2015
Verizon's plan allows its FiOS customers to choose from a smaller bundle of channels, but ESPN doesn't like that.
SHOW TRANSCRIPT

Verizon's plan would allow its FiOS customers to choose from a smaller bundle of television channels instead of the all-you-can-eat buffet of channels that cable currently serves. (Video via Verizon)

Verizon wanted to offer ESPN and EPSN2 as part of a $10-a-month sports package, but the sports broadcasting giant claims the offering is a breach of contract.

The company said in a statement: "ESPN is at the forefront of embracing innovative ways to deliver high-quality content and value to consumers on multiple platforms, but that must be done in compliance with our agreements. We simply ask that Verizon abide by the terms of our contracts."

Now the Disney-owned company is filing a lawsuit over the offering in the New York State Supreme Court, and this really isn't too surprising.

Verizon's custom cable-packages would allow customers to pick what channels they want, which could mean less money for networks. That's because TV networks charge cable providers on a per customer basis.

And ESPN is one of the most expensive for cable providers by a healthy margin. Research firm SNL Kagan says the sports broadcaster charges TV networks $6.04 per customer each month. To put that into perspective, TNT is the second most expensive at $1.48 each month.

Nielsen has found that even though people on average have about 189 channels, most only watch 17 of them. So there might be a lot of interest from customers who want to slim down their options in exchange for a less expensive monthly bill.

For its part, ESPN has told The Washington Post the lawsuit isn't about money but sending a statement that programming deals can't be changed without permission.

This video includes images from Getty Images and music by Christian Bjoerklund / CC By NC SA 3.0.