Why Elizabeth Warren Is Fighting The President's Trade Deal 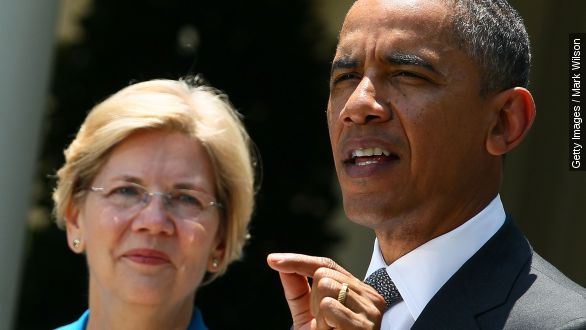 Over the past weeks, Sen. Elizabeth Warren has been sparring with President Obama, largely because of this:

"Democrats in the next few weeks could give Republicans the very tool they need to dismantle Dodd-Frank," Warren said at an Institute for New Economic Thinking event.

She's talking about the "fast-track" authority the president wants in order to push the Trans-Pacific Partnership trade deal through, one of his main goals as his presidency winds down. (Video via The White House)

Warren says that fast-track authority would allow future presidents to water down financial regulations, like Dodd-Frank, but President Obama says she's "absolutely wrong." So who's right? (Video via Yahoo)

Well, to establish that we have to look closely at Warren's argument, which hinges on a part of the TPP called the Investor-State Dispute Settlement provision.

That's a provision, increasingly used across the globe, that allows investors like multinational corporations to settle disputes over things like government regulations by suing governments.

Those suits, in turn, aren't decided by the country's judiciary system but by international tribunals that can then impose financial penalties on the country.

Warren says those penalties could lead countries like the U.S. to change their laws — specifically financial regulations — and that's where the fast track comes in. (Video via City University of New York)

The fast-track authority would allow the president to push the deal through Congress with a simple majority of 51 votes because it wouldn't allow Congress to filibuster or amend the deal — just vote yes or no. (Video via PBS)

So it's a little roundabout, but Warren says, because that authority would last six years, if a Republican who wants to cut back U.S. regulations wins the White House, they could then use a trade deal to do it.

President Obama says it's more than a little roundabout, "it doesn't make any sense" — because he signed the financial regulations Warren says his TPP would be endangering. (Video via Yahoo, The White House)

In the meantime, Warren, and a handful of other Democrats are calling on the president to release the text of the deal to the general public, but they're running out of time. The deal could see a vote in the Senate as early as this week.