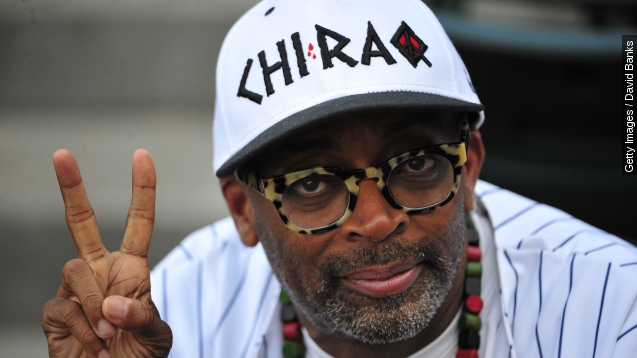 SMS
Why Early Criticisms Of Spike Lee's 'Chi-Raq' Don't Matter
By Christian Bryant
By Christian Bryant
December 2, 2015
"Chi-Raq" has gotten a lot of criticism and some praise before being released. But that doesn't really matter, considering Lee's goals for the film.
SHOW TRANSCRIPT

It hasn't even hit theaters yet, but everybody's already got a take on Spike Lee's new movie, "Chi-Raq," which is a modern-day adaptation of an ancient Greek satire told through the lens of Chicago's gun violence.

First, it was the name of the movie.

"It's a combination of Chicago and Iraq," Colin Cowherd said.

"Which is coined by local Chicago rappers. I did not make this up," Lee said.

"A lot of people have opinions about the so-called title of the film," Lee said in May 2015.

Then, there was the trailer, which didn't exactly instill widespread confidence in how the movie would turn out.

Finally, there was the first song from the movie: "Everybody's talking about Meek Mill and Drake. Everybody's mad because Cecil The Lion was shot."

Which got this response.

Contrast those critiques with early reviews of the film, calling it a "love letter," a "satirical assault on a society consumed by violence," the "hip-hop 'Lysistrata'" and "a powerful, poetic drama."

Obviously, it's a little hard to judge any movie by its title, or trailer, or first song. Sure enough, people are going to debate whether the film lives up to the hype, but one thing nobody's challenging is its timeliness.

Chicago police say there have already been more than 2,200 shootings there this year, which is already higher than numbers from the same time last year. (Video via MSNBC)

Couple that with protests after the release of a dashcam video of the shooting death of a Chicago teen. Seventeen-year-old Laquan McDonald was shot and killed by police in 2014. McDonald was reportedly carrying a knife and acting erratically, but critics say the shooting wasn't justified.

It's impossible to gauge the impact of this movie. Lee thinks women across college campuses will take after "Chi-Raq"'s main character and go on a sex strike for a cause.

We know early criticisms of the film don't necessarily matter because he's already got people talking, which is exactly what he wants.

"One thing I hope people come out of the film when they see it is that we've got to have a real discussion about guns in this country," Lee told Colbert.