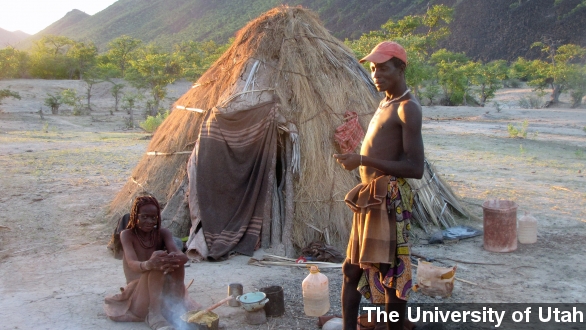 Ladies, we might finally have an answer as to why men refuse to stop and ask for directions. It may pose a threat to their evolutionary manhood.

A new study from the University of Utah suggests men might have evolved better navigational skills in order to find more women to have children with.

To come to this conclusion, researchers tested and interviewed members of the Twe and Tjimba tribes, which live in a mountainous, desert area of Namibia. The tribes have dry season camps in the mountains where they forage for food.

These tribes were chosen for the study because it's common for men to have children with women besides their wives. The researchers say they likely wouldn't have gotten as accurate of results from a monogamous community.

Researchers tested both men and women tribe members and found men did much better on spacial and navigational tasks than women. They also found men who tested higher for spacial relations had traveled farther than other men and also had more children with more women in their lifetime.

And researchers say the differences in spatial skills between the men and women in the study have been observed in other cultures as well — leading to the conclusion the skills were evolved.

Researcher Elizabeth Cashdan said, "Some of the links have been demonstrated, but this study looks at the whole chain and that's what is novel about it."

Researchers say this principal is true with other mammals as well, including voles and mice.