Why Does NORAD Stalk Santa's Epic Sleigh Ride Across The Globe? 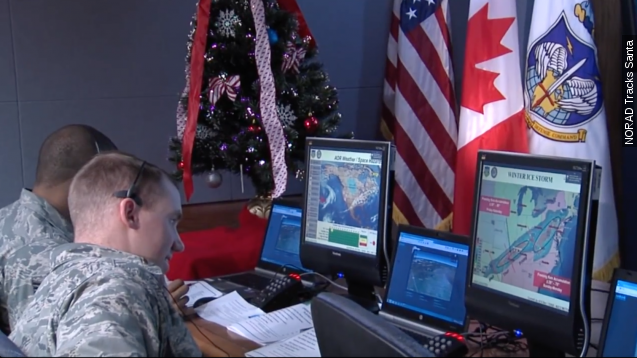 SMS
Why Does NORAD Stalk Santa's Epic Sleigh Ride Across The Globe?
By Cody LaGrow
By Cody LaGrow
December 24, 2015
The 60-year-old tradition started with a typo in a Sears advertisement.
SHOW TRANSCRIPT

Santa is on a worldwide sleigh ride and NORAD, or North American Aerospace Defense Command, is tracking it all. But why?

It started in 1955 when a Sears ad listed Santa's number but misprinted it and actually directed children to a confidential line belonging to Col. Shoup, the command center's head honcho.

Once the colonel caught the error, he'd already caught the Christmas spirit and took it one step further. His children explained it to NPR.

"Next thing you know, dad had called the radio station and had said, 'This is the commander at the Combat Alert Center, and we have an unidentified flying object. Why, it looks like a sleigh,'" his children shared.

Sixty years later, Colorado's Peterson Air Force Base is still tracking St. Nick as he distributes presents across the globe. But in 2015, we can also watch him on Facebook, Twitter and Instagram.

So you better watch out, you better not cry because Santa Claus is coming to a radar near you.