Why Does Everyone Keep Talking About Cher's Age? 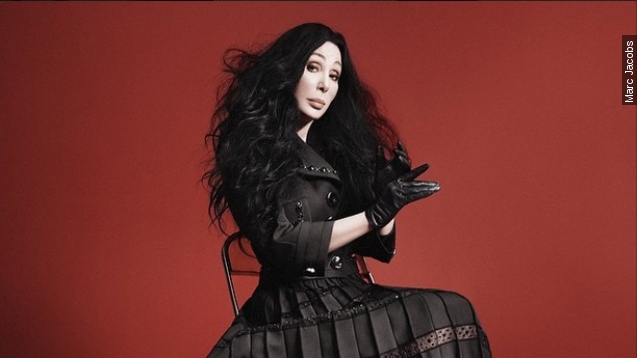 SMS
Why Does Everyone Keep Talking About Cher's Age?
By Katherine Biek
By Katherine Biek
May 28, 2015
Cher is the star of Marc Jacobs' new ad, and the media seems to think she looks great ... for her age.
SHOW TRANSCRIPT

You're looking at the new face of designer Marc Jacobs: Cher. Everyone agrees that she looks amazing, but there's one fact many are talking about.

"Cher may be 69 years old, but check out her next career: modeling," a News 12 Long Island anchor said.

Why do reporters keep bringing up Cher's age? Yes, she is 69 years old, but that doesn't have a standing on how fabulous she looks in the ad.

But Jacobs — who attended this year's Met Gala with Cher — has used women of a variety of ages in his promotions before.

He used Miley Cyrus for his spring campaign in 2014.

And "American Horror Story" actress Jessica Lange was the face of his cosmetics line that same year.

And Cher isn't even the oldest celebrity model out there right now.

So perhaps we should just say that Cher looks stunning in the new Marc Jacobs ad. Period.

This video includes images from Marc Jacobs and music from Revolution Void / CC BY NC 3.0.