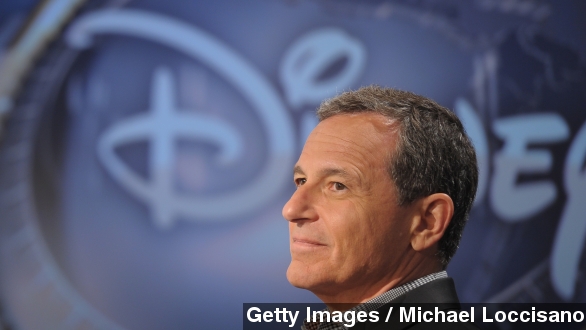 Surely, we have enough "Star Wars" news slated for this year. The Disney higher-ups don't need anything else to pump up the brand when they have such a heavyweight film scheduled for December.

Even with one of the most anticipated "Star Wars" releases ever coming up, Disney executives have now announced the next movie in the series — and the next one after that.

Bob Iger announced the first-ever "Star Wars" spinoff movie, "Rogue One," will debut December 2016 and that "Star Wars VIII" will be in theaters in May 2017.

If you're questioning the logic in announcing two movies before your next film in line even releases its second trailer, here's why we already know Star Wars' future schedule. (Video via Walt Disney Home Entertainment / "Star Wars: Episode IV - A New Hope")

Reason No. 1: This is the reality in modern-day Hollywood. Franchises that have name recognition the second they're announced are a studio's best friend. Just think of "The Lego Movie," which already has three more movies slated for release. (Video via Warner Bros. / "The LEGO Movie")

Or anything comic book related like Warner Bros.' DC Comics series with 13 rough release dates already announced between now and 2020.

Reason No. 2: Shareholders want to know this stuff.

As The Motley Fool noted in January, Disney recently announced it'll release major films more rapidly than ever before, 21 of them in a three-year span.

And you can bet while Disney shareholders have been more than encouraged with recent returns, you don't buy a franchise for $4 billion and only release one major motion picture in the first five years you own it. (Video via Walt Disney Home Entertainment / "Star Wars: Episode V - The Empire Strikes Back")

And reason No. 3: announcing "Star Wars VIII" only helps "Star Wars VII." After all, Disney managed to send loyal fans into a frenzy with just one teaser that mostly involved a lot of sand and a controversial lightsaber. (Video via Walt Disney Studios / "Star Wars: Episode VII - The Force Awakens")

What we're saying is every single decision revolves around Disney's No. 1 goal in the first place. Make money. What? You thought I was going to say entertain us or make lasting memories? Come on, now.