Why Did 'Star Trek' 3 Lose Its Director? 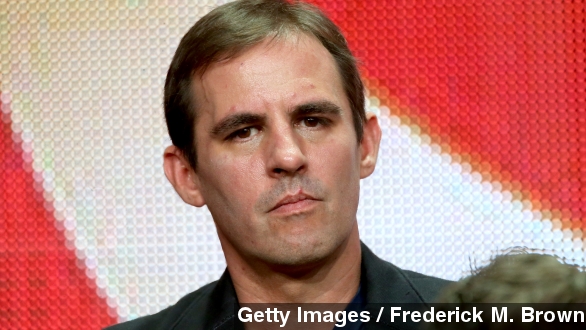 SMS
Why Did 'Star Trek' 3 Lose Its Director?
By Ben Lawson
By Ben Lawson
December 6, 2014
Roberto Orci is out as the director of the next Star Trek movie and even though no one knows why, no one seems that upset either.
SHOW TRANSCRIPT

The reason for Roberto Orci leaving the director's seat for the next "Star Trek" movie has still not been confirmed, but whatever the reason, everyone seems pretty cool with it.

Orci had a producing credit on the last two "Star Trek" movies and was set to take the helm for J.J. Abrams after he left the franchise to work on the new "Star Wars" movies.

But Friday, Deadline reported that Orci was out as director and he will stay on the project as a producer.

The news has since been confirmed by Orci's agent but Paramount has not yet commented on what brought about the change that seemed to leave no one surprised.

Badass Digest is citing unnamed sources that it was Orci's script that caused Paramount to oust him. The site also says the whole production was shut down last month as the studio and creators wrestled over the screenplay.

The rumor is that script would have revolved around the crew of the Enterprise battling it out with the Vulcans and another alien race over a time travel device, which would have allowed for William Shatner to reprise his role as Captain Kirk alongside his reboot-counterpart Chris Pine. (Video via Paramount Pictures / "Star Trek")

If that actually was the intended plot, it would've reportedly wiped out everything that had happened in the last two movies — which is a pretty odd move.

And The Huffington Post points out many Trekkies weren't too excited to have Orci at the helm of next movie anyway after he attacked fans for criticisms of "Star Trek Into Darkness."

Giving fans even more reason to be cool with Orci's departure is word that cult-favorite Edgar Wright is being courted to take his spot.

The unnamed Star Trek 3 is slated for a 2016 release to coincide with the franchise's 50th anniversary. That leaves a tight window for Paramount to find a new director and get the project underway.