Why Did AT&T's Cable Merger Succeed When Comcast's Failed? 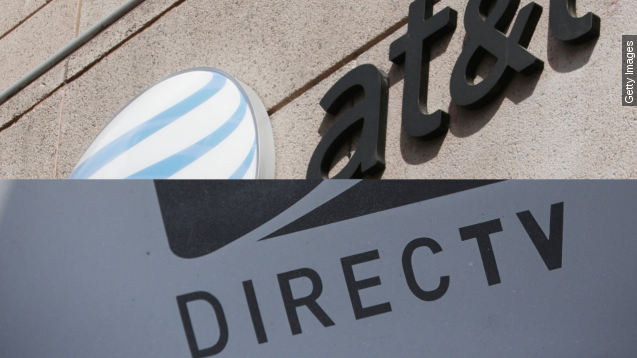 SMS
Why Did AT&T's Cable Merger Succeed When Comcast's Failed?
By Evan Thomas
By Evan Thomas
July 25, 2015
The FCC will allow AT&T to absorb DirecTV because the merger doesn’t threaten consumers the same way Comcast’s deal with Time Warner Cable might have.
SHOW TRANSCRIPT

AT&T has absorbed DirecTV wholesale in a $49 billion deal, just hours after the FCC approved the merger.

Their combination makes the new AT&T the single largest pay-TV provider by number of customers. And compared to another recent merger attempt, this one was a quiet affair. (Video via AT&T)

Why did AT&T’s merger go through when the Comcast-Time Warner deal collapsed? In a couple words, competition and conditions.

The Justice Department agreed to stay hands-off, saying the deal “does not pose a significant risk to competition.”

And the FCC appears mostly concerned with what this deal will mean for AT&T’s broadband offerings.

To go ahead, AT&T will be required to “expand its deployment of high-speed, fiber optic broadband Internet access service to 12.5 million customer locations.”

The company is forbidden from giving its own content preferential treatment, must submit interconnection details to the FCC for monitoring and maintain in-house and external auditors to watch its conduct for the next four years. These are even stricter Net Neutrality requirements than those the FCC put in place earlier this year.

Regulators didn’t even consider forcing Comcast to play by the same rules. That deal was deemed too big from the start.

The FCC was ready to slap that merger with a “hearing designation order,” which would have remanded the issue to a judge for what could have been months or years of legal wrangling. (Video via C-SPAN)

And The DoJ was ready to sue to stop it.

Time Warner is still a tempting merger target, of course. In May, Charter announced plans to absorb the company — subject to FCC approval.

AT&T, meanwhile, plans to finish integrating DirecTV over the next few months.