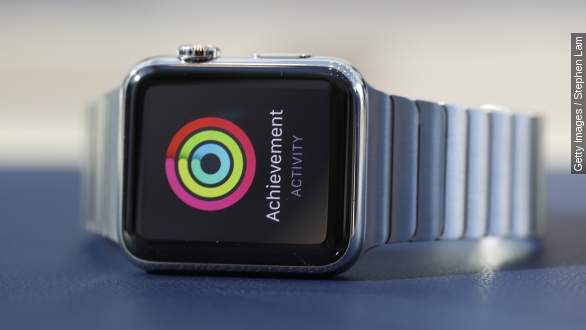 SMS
Why Delayed Launch Is Only Slap On The Wrist For Apple Watch
By Ben Lawson
By Ben Lawson
April 16, 2015
Apple delays in-store sales for Watch until June, but how will that affect the device in the long term?
SHOW TRANSCRIPT

For a company that constantly brags about its sleekness, the Apple launch strategy for Watch is getting pretty sloppy.

A company memo obtained by The Telegraph reveals customers won't be able to purchase Apple Watch in a retail store before June.

The company had previously planned to release the device April 24, but that date has quietly been removed from its website.

If this were any other brand, this is where we would warn about how slowing the momentum of a product launch could be disastrous. But this is Apple, a company that turned the highest profit in a quarter than any other public company ever.

Even though Apple's wearable will be far from the first on the market, many expect it will be the one that finally takes the tech into the mainstream.

Preorder numbers are signaling a bright future for the Watch. One analyst estimated that more than 2.3 million orders have already been placed.

So, yeah, Apple is doing a pretty solid job with preorders, but the stakes with this launch are way higher.

Apple isn't just trying to sell people on a new iPhone but an entirely new product that comes with a hefty price tag. So it really needs to get the device out soon if it wants to keep the public's attention.

It's probably a good thing Apple avoided the massive product launches it's known for. Typically, a product release like this one would have people spending a ridiculous amount of time waiting in massive lines outside stores.

The company decided to change things up and make the device available online only and let customers set up appointments to try out the device in stores.

But in this latest company memo, an exec revealed those "blockbuster" release days will return for other products.

So it looks like Apple had anticipated the limited stock for the Watch and carefully avoided creating a huge mob of frustrated customers on launch day.