Why Comcast Wants You To Track The Cable Guy 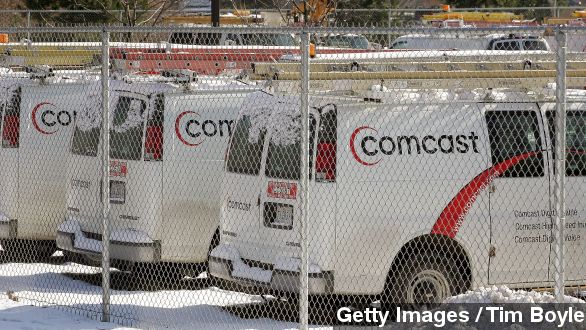 SMS
Why Comcast Wants You To Track The Cable Guy
By Mikah Sargent
By Mikah Sargent
November 21, 2014
Comcast announced it's testing out a new feature that will allow its customers to track technicians in real time via the company's MyAccount app.
SHOW TRANSCRIPT

Comcast is giving its customers the power to track the cable guy.

Yep, customers can track the cable guy on a map, in real time, all from the company's MyAccount app. (Video via XFINITY)

Comcast detailed the new feature in a blog post. After scheduling an appointment, the app will alert you when the Comcast technician is 30 minutes away. From there, you can monitor the tech's progress as they make their way to your house. And if another appointment lasts a bit longer than expected, the app will let you know the tech's running a bit late.

For a company that won this year's "Worst Company in America" title, this sounds like a surprisingly customer-friendly move.

But a writer for Ars Technica reminds us Comcast is simply building on improvements it's made in the past. Years ago, the company halved its technician arrival windows to two hours, down from four, and introduced pizza-delivery style consolations — $20 account credits and free channels — if the technician arrives late.

And Mashable suggests the move could be an attempt by Comcast to bolster customer satisfaction ahead of its proposed merger with Time Warner.

That's because critics of the merger argue, with less competition, it would only serve to worsen the company's customer service.

A writer for Consumerist isn't convinced the new feature will improve Comcast's customer service in the first place. She suggests the increased accountability could have technicians rushing through jobs, alerts could have customers rushing home from work only to find out the technician is running late, and several other gloomy scenarios.

We'll just have to wait and see whether any of those scenarios actually present themselves. After a trial period, Comcast says it's planning to bring the new feature to all its customers "in the new year."