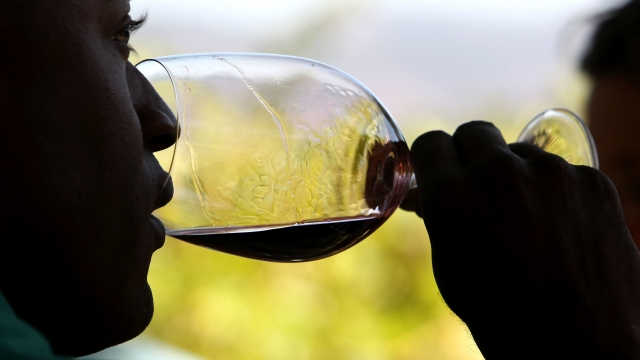 There's been at least one good thing to come out of climate change — better French wine.

A study published in Nature Climate Change found the higher temperatures in France are helping vineyards produce better grapes, which, of course, leads to better wine.

That's because the higher temperatures cause the fruit to ripen sooner, leading to an earlier and more frequent harvest. Since 1981, harvests have taken place an average of 10 days earlier in the year.

And many experts say earlier harvests often lead to better vintages — so drink up, wine enthusiasts.

This trend doesn't seem to hold true everywhere, though. California has experienced droughts on top of the higher temperatures, meaning vino hubs like Napa and Sonoma have struggled.

And French vineyards won't benefit from climate change forever. Researchers say there will likely be a tipping point where higher temperatures won't lead to higher quality.

This video includes a clip from Matt Lamborn / CC by 3.0 and an image from Getty Images.