Why CEOs Who Are New Fathers Don't Steal Headlines 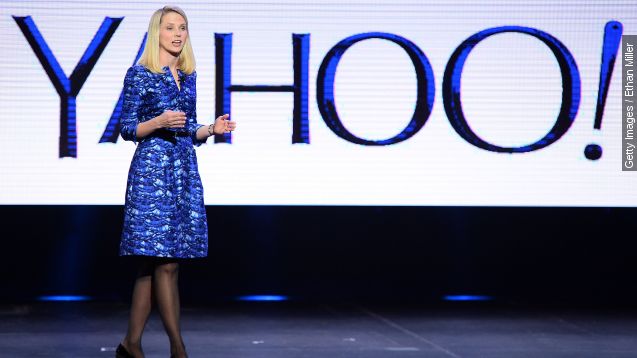 SMS
Why CEOs Who Are New Fathers Don't Steal Headlines
By Katie Link
By Katie Link
September 1, 2015
Yahoo's CEO announced Tuesday she's pregnant, and the media won't stop talking about it. So, why don't CEOs who are new dads get this attention?
SHOW TRANSCRIPT

Minutes after her announcement, the media storm started brewing. Her news made headlines and reignited the debate about parental leave and the struggles of work-life balance.

It made us wonder: Why don't all the dad CEOs out there make headlines when they leave work to care for a new baby?

Usually because they don't leave work for long. A recent roundtable interview with CEOs showed most think paternity leave is important, but they also think it should be kept short.

And short it is. A Boston College study found most new fathers take only two weeks off after the birth of their child. But it all depends on a father's access to paid time off.

Right now, only 12 percent of American workers have access to paid leave through their employer, according to the Department of Labor.

And dads seem to want that payment in full. Forty-five percent of those studied say they would want 100 percent compensation to feel comfortable taking time off.

One new dad CEO did make major headlines earlier this year, though. TOMS founder Blake Mycoskie took 12 weeks off to welcome his new son into the world.

"When it became my turn to be a father just eight months ago, I decided I was going to take the full paternity leave to set an example," he told CNN. (Video via CNN)

So maybe dads everywhere will learn from that example. And maybe the media will learn to share the spotlight a bit.