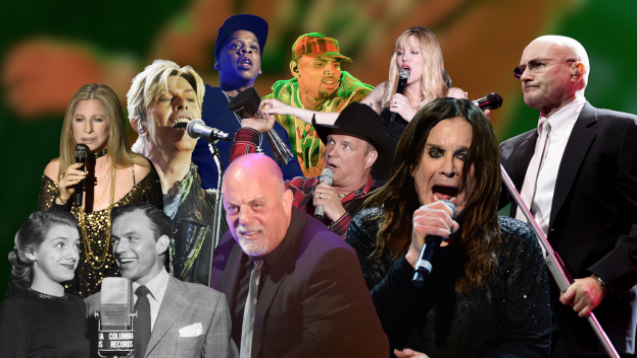 By Cody LaGrow
October 28, 2015
Musicians who drop the mic are likely to pick it right back up.
SHOW TRANSCRIPT

Can you feel it coming "In the Air Tonight"? Phil Collins has announced he is no longer retired.

The 64-year-old hasn't released an album since 2002 and plans to give fans new music and go on tour.

But unlike most old fogies who move to Florida, Collins is revamping his career and putting a music studio in his Miami mansion. Which begs the question: Why can't musicians retire?

And what even signals retirement? Being inducted into the Rock and Roll Hall of Fame? Think again.

And all hail Michael Jackson. The one-gloved wonder was inducted to the hall in 2001, died in 2009 and later released new postmortem music in 2010 and 2014. Even in death, the King of Pop reigned on stage, performing via hologram.

Perhaps Louis Armstrong said it best when he said, "Musicians don't retire; they stop when there's no more music in them."

But judging by this 2Pac hologram at Coachella, there's no such thing as the day the music died.