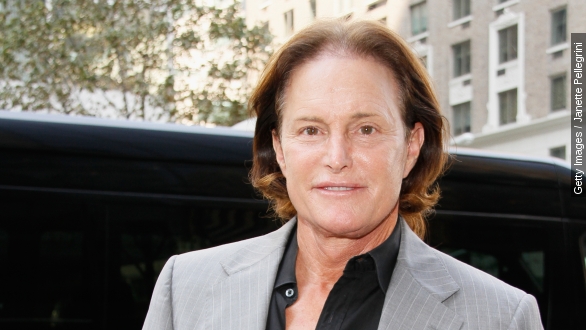 Jenner told Sawyer "for all intents and purposes, I'm a woman," but asked Sawyer to continue using he/him pronouns for the moment. Sawyer's respect of that request represents an important issue for the transgender community.

Writing in Mashable, Pat Cordova-Goff noted misgendering "invalidates everything I worked for in loving my gender, and can set back my emotional progress."

"Misgendering a person by using an incorrect pronoun is an act of disrespect," author, performer and advocate Kate Bornstein told BuzzFeed.

"When people use the wrong pronouns for me I find that I've gone through all this effort to kind of come out and be myself and it's kind of just thrown back in my face," reports Minus18, an Australian Youth LGBT advocacy group.

GLAAD, an LGBT advocacy group, wrote a statement in support of the interview, and added, "At this time, Bruce Jenner has not requested that a new name or pronoun be used, therefore we are respecting his wishes and will continue to refer to Jenner by his current name and with male pronouns."

And so far U.S. cable news is following suit in respecting Jenner's request.

"He was a symbol of American masculinity in the 1970s. as an olympic champion. Now Bruce Jenner making headlines," reported Fox News.

"Bruce Jenner's revelation he is transitioning to a woman," reported MSNBC.

"The secret Bruce Jenner has carried his whole life ... How his message may help others," reported CNN.

During the interview, Jenner did indicate that his name and pronouns could eventually change.