Why Brazil Doesn't Want Its Women To Get Pregnant 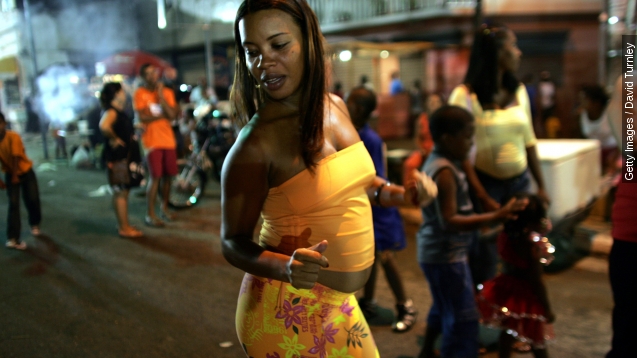 SMS
Why Brazil Doesn't Want Its Women To Get Pregnant
By Melissa Prax
By Melissa Prax
December 23, 2015
Women in Brazil are discouraged from having kids because it might spread a disease that could give newborns a brain disorder.
SHOW TRANSCRIPT

Brazil is telling women not to get pregnant.

Yes, you heard us right. That's because women in Brazil who've been bitten by certain mosquitoes could put their babies at risk of having a brain disorder. It's triggered by the Zika virus.

Brazil has had a problem with dengue fever in the past, which is also carried by the same mosquito.

Before doctors noticed the risk of the brain disorder, there were few problems other than feverish symptoms and rashes associated with the Zika virus.

Six states in Brazil have declared a state of emergency because of the epidemic, which has infected about a million people — including hundreds of pregnant women and babies. (Video via Globo Comunicacao e Participacoes S.A.)

The disease isn't native to the South American region, and the infected mosquitoes are unlikely to spread north to the U.S. because they prefer tropical climates.

This video includes an image from Getty Images and FRED / CC BY SA 3.0.