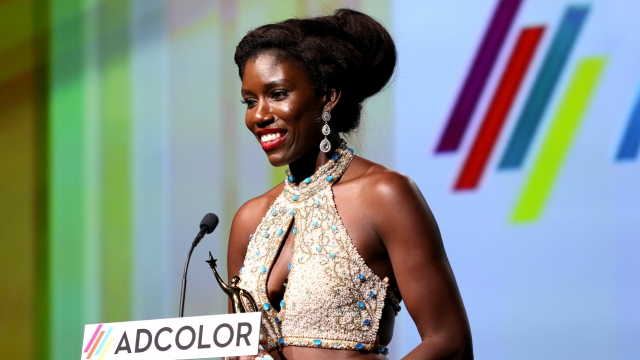 "I could be getting it. I could get my strut on up and down this stage. But it's too early for that. I don't want to hurt you guys, so we're going to pause this," Bozoma Saint John said at the Worldwide Developers Conference.

"I call myself a super execu-mommy," Saint John said.

She's also one of four women to present at this year's WWDC.

And she's the first black woman to bless the stage.

"It's also not an unsolvable issue. It's readily solvable," Apple CEO Tim Cook said when talking about diversifying Apple.

"Some of you guys are not rapping to the beat," Saint John said.

This video includes images from Getty Images and clips from Apple and CNBC.