Why Are We Still Calling This Migrant Camp 'The Jungle'? 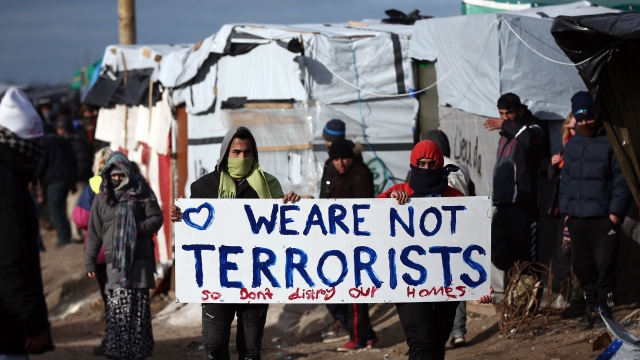 SMS
Why Are We Still Calling This Migrant Camp 'The Jungle'?
By Ben Schamisso
By Ben Schamisso
September 5, 2016
Critics say the term dehumanizes the thousands of people inhabiting the camp.
SHOW TRANSCRIPT

French truckers and farmers nearly shut down a main highway in Calais, France, to protest one of Europe's largest growing migrant camps — a place widely known as "the Jungle."

Protesters say the camp has caused a spike in violence on nearby roads and argue it hurts the local economy. In response, French authorities promised to demolish the camp and relocate its thousands of campers elsewhere in the country.

Those campers — about 7,000 - 10,000 people — are often from the Middle East, Afghanistan and Africa. The reason they're in Calais — a town in northern France — is because they hope to one day cross the English Channel and settle in Britain.

But how did these migrants get compared to animals in a jungle? Well, the term "jungle" started with the migrants. In Persian, the word "jangal" means "forest," and that's how refugees identified the camp in the early 2000s to reference the filthy conditions.

But, what started as an inside joke was flipped by the media. The term "the Jungle" is now used universally, and critics question the ethics and consequences that come with using it.

The Guardian called on people in March to stop using the "dehumanizing" label and said, "anyone who thinks these people are fully human, with hopes and aspirations like the rest of us, and lives just as valuable, should cease using language that denies them this humanity."

French authorities vowed to demolish the migrant camp in Calais by the end of 2017.