Why Are We So Obsessed With Steve Jobs? 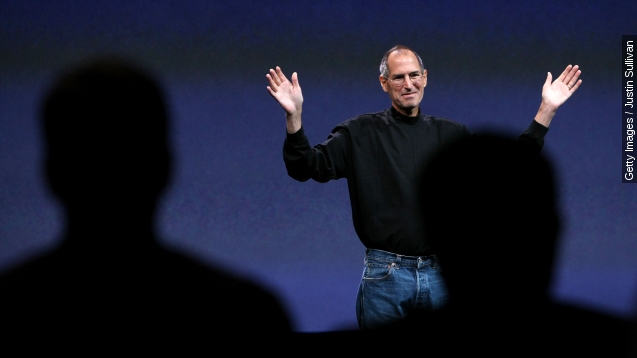 SMS
Why Are We So Obsessed With Steve Jobs?
By Leah Becerra
By Leah Becerra
August 2, 2015
In this year alone, we'll have a Steve Jobs book, a graphic novel and two movies. Why is the late Apple co-founder such an interesting subject?
SHOW TRANSCRIPT

There's a new trailer out for a movie about Steve Jobs, and it's not for Aaron Sorkin's new film.

If this Jobs-umentary is anything like producer Alex Gibney's past work, those who watch "Steve Jobs: The Man in the Machine," can expect to see Jobs' darker side be the focus.

Aaron Sorkin's "Steve Jobs" movie will likely play up drama and just generally be a lot different from Gibney's.

So that makes two movies, both about the late Apple co-founder, and both set for release this year. There was also a Steve Jobs biography published in March and a graphic novel that came out in July.

Which raises the question: Why are we so obsessed with Steve Jobs? His 2011 biography, which was simply titled "Steve Jobs," gives a little context.

"There's a lot of revelations in this book. Jobs is so private that nobody knows almost anything about his personal life nor his work life," said Leander Kahney on CNN.

The authorized biography was written by Walter Isaacson and released in October of 2011, just a couple weeks after Jobs passed away. It sold 379,000 copies in one week in the U.S. alone.

Isaacson quoted Job's wife Laurene Powell in the book's introduction saying, "There are parts of his life and personality that are extremely messy. ... He's a good spin, but he also has a remarkable story."

Steve Jobs was already well-known as one of the greatest innovators of his time. Add mysteries and complex characterization to the mix, and it's easy to see why Jobs is one of the most interesting subjects of our time.

One whose story writers and directors have already told, but that audiences will probably never get tired of reading or watching. (Video via Universal Studios / "Jobs")

This video includes images from Getty Images and music from Lee Rosevere / CC BY NC 4.0.