Why Are There Twigs, Wheat In Your Coffee? 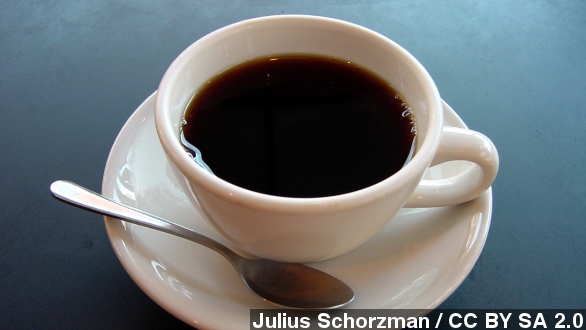 SMS
Why Are There Twigs, Wheat In Your Coffee?
By Amy Kluber
By Amy Kluber
August 12, 2014
Researchers say supply shortages and increasing costs explain why many coffee manufacturers are adding fillers to coffee grounds.
SHOW TRANSCRIPT

How do you like your coffee? Cream, sugar — soybeans, twigs? A new report says some coffee suppliers are intentionally using fillers in ground coffee to compensate for supply shortages and increasing costs.

According to researchers in Brazil, coffee shortages mean fillers such as wood, husks, wheat and even dirt might be lurking in your cup of joe.

One researcher tells Yahoo most people can't even tell the difference once those fillers are roasted and ground up with the coffee beans. Sounds pretty unsettling, right?

The fillers aren't necessarily harmful, although they might become a problem for people with allergies. But with changing weather affecting crops in Brazil and global demand for coffee increasing, these fillers might not be going away anytime soon.

Severe droughts and torrential rains in recent years have affected crops in Brazil, the world's largest coffee bean grower. Paired with a significant increase in demand, coffee prices have gone up by as much as 75 percent around the world.

But the good news is, there's a test that might be able to detect any impurities in coffee.

The team from a Brazilian university has developed a process for finding adulterated coffee grounds using liquid chromatography, a technique that can detect impurities with 95 percent accuracy.

​Common tests currently used aren't nearly so accurate as they rely on taste, smell or microscopes to identify any unwanted ingredients. (Video via Coffee Analysts)

Coffee isn't the only thing in your kitchen with fillers, either. Researchers have identified olive oil, milk and honey as some of the most adulterated foods in the food industry.

Even tea has been known to contain fillers like grass or fern leaves.

If you're concerned about the mystery additives in your coffee, we think sticking with whole beans you grind yourself at home might be your best bet. The researchers plan to present their new technique at an American Chemical Society meeting Tuesday afternoon.