Why Are Fla. Officials Banned From Saying 'Climate Change'? 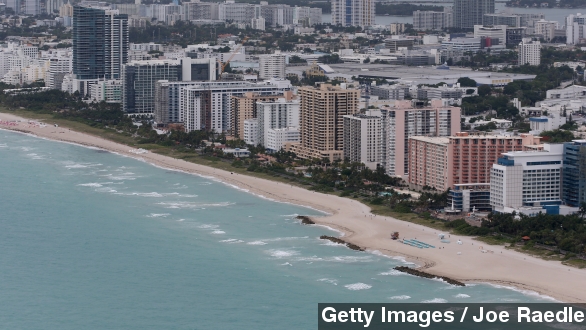 SMS
Why Are Fla. Officials Banned From Saying 'Climate Change'?
By Ben Lawson
By Ben Lawson
March 9, 2015
Florida government officials may have instructed employees not to use the terms 'climate change' or 'global warming' in official communications.
SHOW TRANSCRIPT

According to one report, Florida government officials may have instructed employees not to use the terms "climate change" or "global warming" in official communications.

That news comes from a report published Sunday by the Florida Center for Investigative Reporting. The story cited several former Florida Department of Environmental Protection employees who said they were instructed to avoid the terms.

The department has said no such policy exists, but the ex-employees, who come from various parts of the state, all said they were given verbal instructions not to use climate change-related language while on the job.

The report from FCIR heavily associates the alleged policy with the administration of current Florida governor Rick Scott.

Scott has been a strong skeptic of global warming and said in the past that he does not believe humans have an influence on climate. A spokesperson for Scott told our partners at WFTS, "There’s no policy on this," while Scott said, "It's not true."

The alleged ban has drawn comparisons to a law passed in North Carolina that bans the state from managing the coast based on scientific predictions of sea-level rise.

A report from the National Climate Assessment last year found "an imminent threat of increased inland flooding" in Florida and cited climate change as the cause. (Video via CNN)

A major task for Florida's Department of Environmental Protection is preparing for those rising sea levels, though they supposedly aren't allowed to mention the cause of the problem.

This video includes images from Getty Images. This video has been updated with a statement from Gov. Scott.