Why Are Elephants Wandering Into Indian Towns? 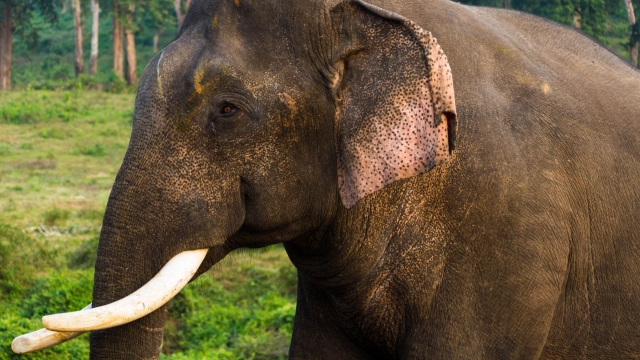 SMS
Why Are Elephants Wandering Into Indian Towns?
By Melissa Prax
By Melissa Prax
February 11, 2016
Asian elephants are normally considered docile, but when they wander into towns looking for food, they can become confused and extremely aggressive.
SHOW TRANSCRIPT

Normally, Asian elephants are considered docile. And India has many in captivity.

But when they wander into towns, they can be confused.

And they can get extremely aggressive, destroying buildings and killing people.

Some estimates say up to 300 people are killed by elephants each year in India.

Asian elephants are endangered, and their numbers are still shrinking.