Why Are Comedic Sequels A Harder Sell? 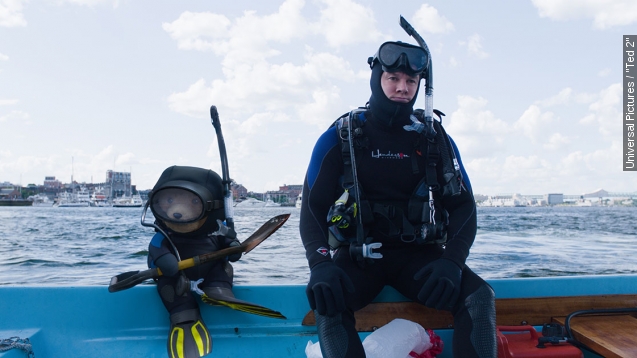 SMS
Why Are Comedic Sequels A Harder Sell?
By Eugene Daniels
By Eugene Daniels
June 27, 2015
"Ted 2" isn't doing that great in it's opening weekend but comedic sequels generally have a harder time at the box office.
SHOW TRANSCRIPT

Industry observers are saying "Ted 2" won't be able to beat out the dinos or the quirky emotions of "Inside Out" this weekend.

The film this weekend is projected to make about $20 million less than its predecessor, but to be fair, living up to the first "Ted" would've been hard considering it had the biggest ever opening weekend for an R-rated comedy.

Sequels can be tough, but comedic sequels are even more difficult. The fact is they're just harder to make well.

It all starts with the element of surprise. Comedies work best when you're not expecting how funny or successful they'll be.

And even though the movie formula stayed the same and reviews got worse, "The Hangover" franchise was still making bank for Warner Brothers, so they kept coming.

Part of the problem is there's only so much you can change in a comedic sequel without just going ahead and making a completely different movie.

With an action movie, just add a bigger car chase scene here and a scarier villain there and boom — you can make seven movies about racing cars and keep growing your profit margins. (Video via Universal Pictures / "Furious 7")

But it's harder to prove to moviegoers that a second comedy has some value and isn't just about the money for the studios.

As one writer at Decider.com put it, "sequels are so often glaringly obvious cash-grabs."

Take "Ted 2," for example. The sequel cost roughly $30 million more to produce, it's probably not going to make as much money as the first "Ted" and yet, this opening weekend still should put Seth MacFarlane well on his way to a nice profit.

We complain and yet we head back again and again to see if those three guys can be hungover and still save the day. And let's be honest, we'd probably go one more time if given the chance.