Why Are All These New Christmas Songs So Depressing? 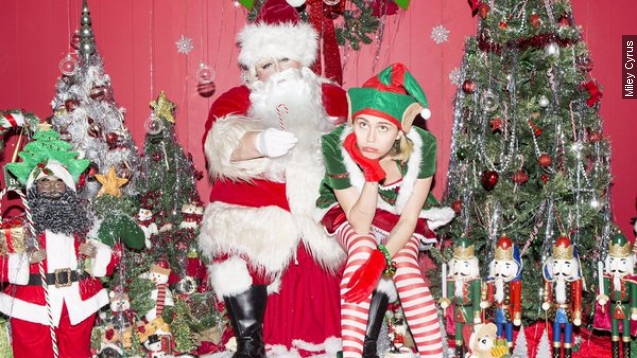 Christmas time is usually associated with cheer and goodwill toward mankind. Apparently nobody told the recording industry.

She collaborated with The Flaming Lips to produce "My Sad Christmas Song."

"This is my sad Christmas song. I've had it stuck in my head all day long," Cyrus sings.

In it, Cyrus sings the blues over being alone during the holidays and getting put on the naughty list. Which isn't exactly a surprise.

Not to be outdone, LCD Soundsystem put out their first song in five years, titled "Christmas Will Break Your Heart."

"There's no one on the phone you feel close enough to call," sings LCD Soundsystem's James Murphy.

If that wasn't gloomy enough, the band tweeted that the tune was "another one of those songs which had about 75 lines of lyrics, though we've knocked down to 8 to keep the suicide rate in check. Have fun!"

And, though it technically isn't a Christmas song, Radiohead surprised its fans with an unreleased track that was originally written for the latest James Bond film, "Spectre."

"A Spectre of my immortal soul," Radiohead's Thom Yorke sings.

The slow, dreary melody never made it into the film, but it fits right in with all the other depressing songs that came out this Christmas.