Why Adults Are Trying To Keep 'Doc McStuffins' In Business 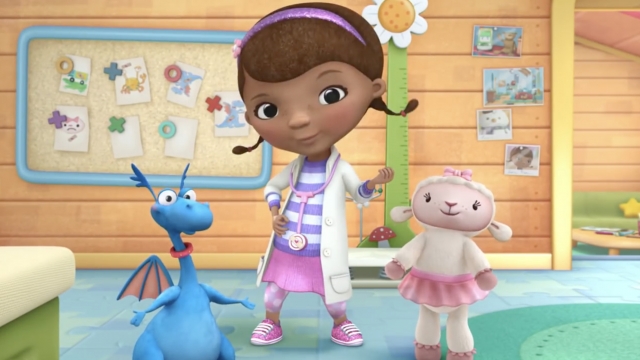 A group of concerned adults have launched a social media campaign to make sure an imaginary 7-year-old doctor continues to practice medicine.

Disney's "Doc McStuffins," featuring a young black doctor named Dottie, has been on the air for four seasons. But a fifth is still in the waiting room. Disney Junior, the channel where the show appears, has yet to cancel or renew the series.

This led several celebrities and personalities — including W. Kamau Bell, Jamilah Lemieux and Audra McDonald — to call for Disney Junior to renew the show.

One of the show's biggest fans? Michelle Obama.

One of the biggest reasons for the campaign is representation: Children of color and little girls watch the show and see somebody who looks like them "practicing" medicine.

Creator Chris Nee had this to say about the character: "We went out of our way to make her a girl, which seemed like a better character, and make her African American so that we could put some role models out there that might change what's happening in the world."

But according to a 2014 article from The New York Times, "Doc McStuffins" also has crossover appeal, and the show's products did well. The outlet said the "Doc McStuffins" merchandise did $500 million in sales in 2013. At the time, that might've been the best-selling toy line based on a black character — ever.

In the meantime, Nee tweeted her support for renewal of the show, saying: "If/When Season 5 picked up, I'll sure let you know. The writing staff can't wait to get going on more stories. We love Doc!"

This video includes images from Getty Images and clips from Disney Junior and ABC.