Why A Vocal Democrat Is Predicting A Trump Win In November 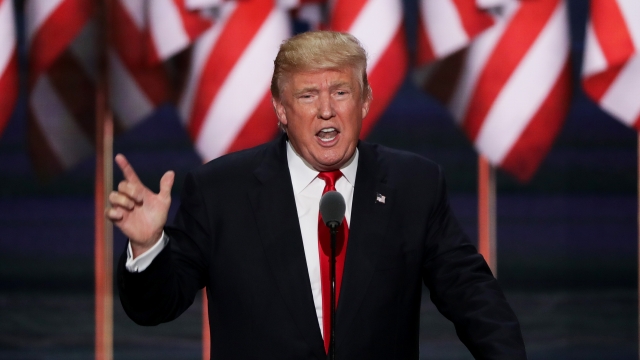 Filmmaker Michael Moore is trying to predict the future again.

He published an article listing five reasons why he thinks Trump will win. He points to Hillary Clinton's unpopularity, "angry white men" who oppose a female president, Sen. Bernie Sanders supporters who refuse to support Clinton, the "Jesse Ventura effect" in which people vote for Trump just because they can and what he calls the "Rust Belt Brexit."

It's that last assumption, the "Rust Belt Brexit" that's curious. Moore claims that if Trump can win Michigan, Ohio, Pennsylvania and Wisconsin — four states that he says are traditionally Democratic — and all the historically Republican states, he'll win.

The Washington Post has a different outlook on the November general election. A May article claimed that if Clinton wins Florida and all the traditionally Democratic states, she'll win.

Their map is based on the past six presidential elections. It gives Clinton Florida and the 19 states — as well as Washington, D.C. — that consistently voted Democratic. In their hypothetical map, Trump gets Ohio.

Since 1964, one thing about Ohio is true: As Ohio goes, so goes the nation. But Florida also has a reputation of voting for the winning president.