Why A Toymaker Is Creating Dolls With Disabilities 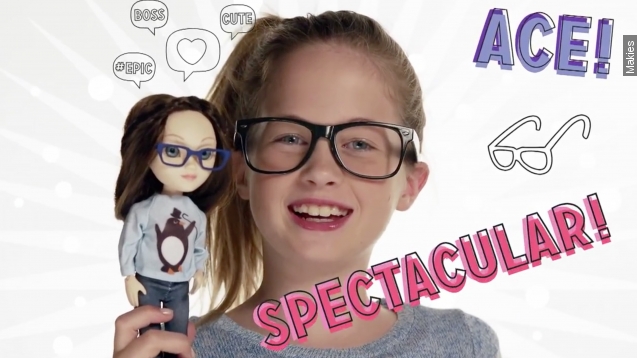 We're used to seeing dolls that look like this:

"Now Barbie has all-new color chalk for her hair! Easy to apply streaks!" the advertisement says.

"Real Bratz girls, you and me," the advertisement sings.

"Be yourself. Be unique. Be a monster," the advertisement says.

What we're not so used to is this ... a doll that literally does let you be yourself, birthmarks, hearing aids and all.

It all started because of the "Toy Like Me" campaign online, started by parents who have kids with disabilities.

Some felt it was important their children see themselves as "normal."

Doll maker Makies noticed and jumped on the bandwagon. It's going to let kids customize their dolls with facial birthmarks, glasses, walking sticks and hearing aids.

We couldn't add on the cool accessories yet, but the company says they're coming. And the dolls aren't on the cheap side, either — $115 a pop, and that's without any sort of accessories.

Some other companies already offer add-ons, like Build-A-Bear, where you can buy a hearing aid or crutches set for your stuffed animal.

And Mattel has made Ella, a Barbie doll who has no hair that has been distributed to children's hospitals. (Video via KCAL)

But the #ToyLikeMe movement is calling for more toymakers to hop on board. And there's a need.

UNICEF says 1 out of every 20 kids 14 and younger, or 93 million children worldwide, have a "moderate or severe disability of some kind."