Why A Former Fox News Anchor Is Suing The Network's CEO 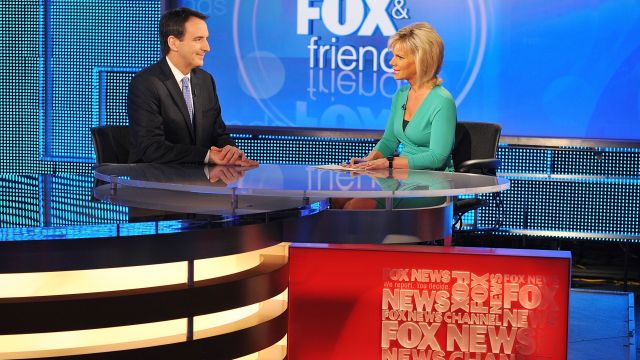 In the suit, Carlson claims Ailes "sabotaged her career because she refused his sexual advances." She also complained about "severe and pervasive sexual harassment" during her time at the news network.

She went on to accuse Ailes of "ostracizing, marginalizing and shunning" her before firing her last month. Ailes allegedly made it clear that Carlson's treatment would improve "if she had a sexual relationship with him."

The lawsuit also states that "there were no legitimate business reasons for terminating Ms. Carlson," citing her show's steadily increasing viewership into her final month.

Coincidentally, Carlson penned an essay in The Huffington Post last year where she wrote that sexual harassment wasn't just a women's issue.

Beginning her work with Fox in 2005, Carlson was a co-host on the morning show "Fox & Friends" and eventually hosted her own program, "The Real Story With Gretchen Carlson." She's an award-winning journalist who has conducted interviews with world leaders such as President Barack Obama, Hillary Clinton and George W. Bush.

The former Miss America, crowned in 1989, published an autobiography titled "Getting Real" last year where she encourages women to speak their minds.

Following her own advice, Carlson took to Facebook on Wednesday to announce she no longer works for Fox and asked her fans for support.

Carlson said the lawsuit was a "difficult step to take." In a statement, she wrote, "I had to stand up for myself and speak out for all women and the next generation of women in the workplace."

Ailes has not yet spoken about the claims.