Why A 12.9-Inch iPad Would Make Sense For Apple 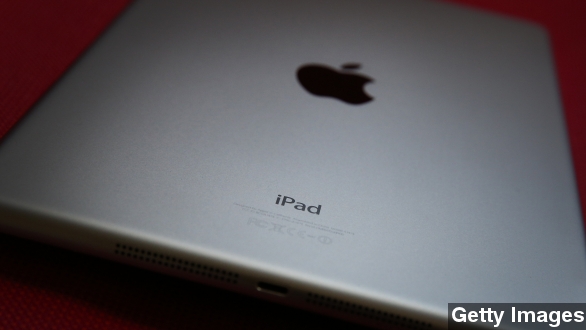 SMS
Why A 12.9-Inch iPad Would Make Sense For Apple

By Cliff Judy
August 27, 2014
There are two big knocks against the iPad — productivity limits and slumping sales. Here's how a bigger iPad could fix both of Apple's problems.
SHOW TRANSCRIPT

It's late August. Kids are back in school, football kicks off soon and Apple rumors are ringing in our ears.

That last one picked up big-time Tuesday with Bloomberg's report that months of speculation on a bigger iPad could finally be coming true. The outlet reported Apple plans to start producing the 12.9-inch tablet in the first quarter of 2015.

For reference, that would put the new iPad just smaller than the 13-inch Toshiba Excite. For manufacturers who've always hoped to make laptops obsolete, the knock on tablets that big is devastatingly simple — they're too big. (Video via This Week in Tech)

And there you have the tablet paradox. A boutique device that customers don't think lives up to the productivity of a larger desktop or laptop. At the same time, they're significantly more expensive than smartphones that perform the same basic tasks.

Here are a couple of reasons why Apple could be making the larger iPad and why it could work.

MICROSOFT COMMERCIAL: "Doing two things at once is easy. With the iPad, you can only use one app at a time."

Microsoft might not be able to tout its split-screen multitasking advantages much longer.

9to5Mac reported in May iOS 8 will eventually feature split-screen capabilities for the iPad and finally put to rest a major functionality complaint for anyone trying to do work on the tablet.

In its article wondering whether the larger iPad is our "dream device," Business Insider wrote of the split screen, "Throw in a clever keyboard cover, and you may be onto something."

Another reason to hope: Apple may have found a new unsaturated market to sell the larger iPad in, which would be huge, considering most of the growth in tablet sales is coming from the competition.

In just one year from 2012 to 2013, Gartner reported the market share of tablets with an iOS operating system dropped from nearly 53 percent to 36 percent. Android tablets grew by about that much.

The company's huge partnership with IBM announced in July is a very clear signal Apple wants more iPhones and iPads integrated into big business operations, and schools are another big target for Apple.

A deal to put iPads in Los Angeles public schools fell apart earlier this week amid accusations of conflicts of interest, but the interesting thing here tech-wise is AppleInsider also wrote, "Some teachers said the iPad does not fit the needs of students taking standardized tests, citing insufficient screen size and the lack of a built-in keyboard."

So there are a few of the opportunities Apple has to take advantage of, if they'd only confirm a larger iPad's on the way.

Bloomberg reported an Apple spokeswoman — as is typical this time of year — declined to comment.