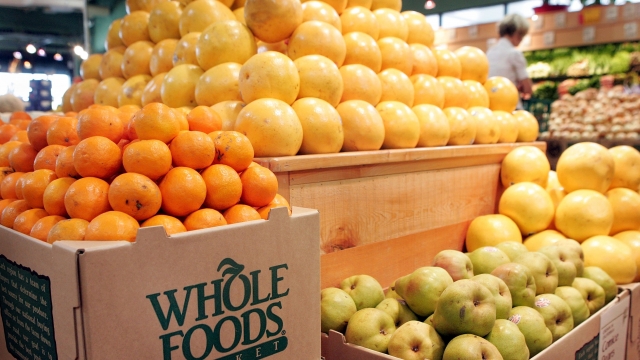 Whole Foods applied to get a new slogan: "World's Healthiest Grocery Store." But that idea was rejected. The U.S. Patent and Trademark Office says that claim is way too hard to prove.

The agency called the phrase "laudatory." After all, it would be almost impossible to determine how healthy every grocery store in the world is.

Whole Foods already markets itself as "America's Healthiest Grocery Store," but the world's healthiest is a tougher sell. Interestingly, Whole Foods doesn't actually have that many stores in other countries.

The Washington Post reports the chain operates in just three countries. Although it launched its first location abroad in 2002, it still only has 20 stores outside the U.S.

But last year the company did announce plans to expand in Canada.

If the chain wants to pursue the "World's Healthiest" trademark, it has six months to respond to the U.S. Patent and Trademark Office.