Whole Foods Wants Young Money, Even If It Must Charge Less 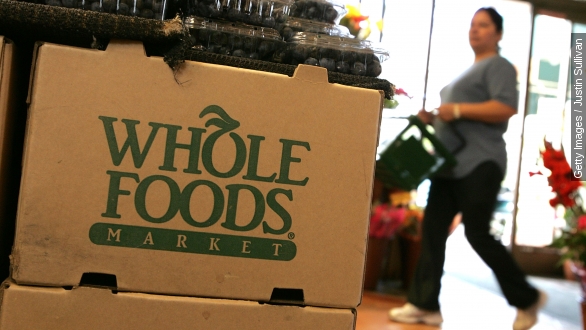 SMS
Whole Foods Wants Young Money, Even If It Must Charge Less
By Cliff Judy
By Cliff Judy
May 7, 2015
Whole Foods announced Wednesday it would open a new, lower-priced brand of stores aimed at attracting millennials.
SHOW TRANSCRIPT

Score another victory for millennials as more and more corporations try to court their business and cater to their tastes. Whole Foods Market wants your dollars, millennials, even if it has to charge fewer of them to get you to buy something.

During its second quarter earnings call, Whole Foods co-CEO John Mackey announced the grocery chain would launch a new lower-priced line of stores. (Video via OWN)

"This new format will feature a modern, streamlined design, innovative technology and a curated selection," Mackey said. "It will offer a convenient, transparent and values-oriented experience geared toward millennial shoppers."

Not a bad move for a store with a reputation that's as much about organic, natural food as it is high prices. Its nickname, after all, is "Whole Paycheck."

Another big reason for the need to find new customers is Whole Foods Market doesn't exactly have the market cornered anymore on locally grown or organic products. Mainstream grocery store chains know their consumers want this stuff, too. (Video via Hy-Vee)

The new stores will have their own brand separate from Whole Foods, but as Mackey told investors, "We want to underscore we see this as an 'and' to our Whole Foods Market brand and not an 'or.'" (Video via ABC)

Mackey didn't say what the new brand name would be, but said the company is already building a team and negotiating leases for new storefronts. (Video via Whole Foods Market)