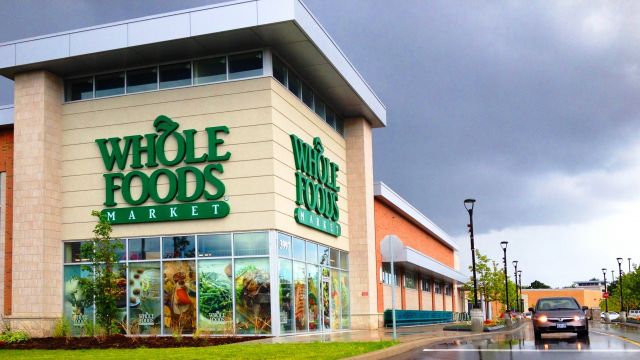 SMS
Whole Foods Aims At Millennials With Affordable 365 Stores
By Calvin Stovall
By Calvin Stovall
April 7, 2016
The health foods giant hopes to reclaim some of its shrinking value with an initiative aimed at younger shoppers.
SHOW TRANSCRIPT

Whole Foods products have long been called "overpriced." But the company is attempting to get rid of that stigma while appealing to millennial shoppers.

Thursday, the company announced its first 365 by Whole Foods Market location will open in Los Angeles this May.

The new stores will combine products from the budget-friendly Whole Foods 365 Everyday Value brand, which was introduced last June, with additional retail options like in-store cafes and restaurants.

365 could also help Whole Foods gain a foothold in the increasingly competitive health food industry; the chain has seen the price of its stock plummet 45 percent over the past year.

365 stores will also offer a rewards program, a simpler store layout and delivery options from Instacart.

Two more 365 locations will open in Bellevue, Washington, and Portland, Oregon, later this year. Stores in Texas, Illinois, Ohio and Florida are in the works for 2017.

This video contains clips from Whole Foods Market and Patrick and Carling / CC BY 3.0.