Who You Gonna Call For A 'Ghostbusters' Cameo? Bill Murray 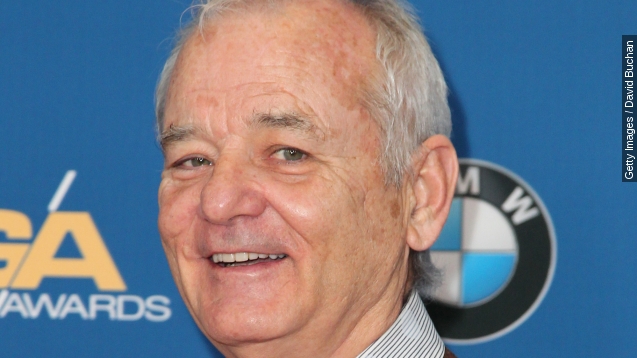 "Ghostbusters" is really becoming the most hyped ensemble cast movie of 2016.

Bill Murray has been confirmed to appear in the franchise's next film, starring alongside Melissa McCarthy, Kristen Wiig, Kate McKinnon, Leslie Jones and Chris Hemsworth.

"It's looking at me," Bill Murray says in the original film.

We're guessing Murray's 1984 co-star Dan Aykroyd might have had something to do with bringing him in. Aykroyd — who's a producer and co-creator on the newest film — will also make a cameo. Harold Ramis, the other original Ghostbuster, had been on board for a third installment but died in 2014.

"If you and your staff could wait out here, we'll take care of everything," Aykroyd's character says.

Murray's appearance in the film is a big deal because he's been hesitant to commit to a third film after "Ghostbusters II" didn't perform as well as the original at the box office.

"It's been a couple of years since we used this stuff. I hope it still works," Murray says in the sequel.

He told Variety: "The studio gets really crazy about it. What they really want to do is resurrect a franchise."

And between franchise reboots including "Jurassic World," "Fantastic Four," "Terminator Genisys" and the upcoming "Bad Boys" sequels, Murray didn't want to reboot the franchise unless it felt right and had a clear vision.

Aykroyd said he understood Murray's hesitation. He felt it was time to reboot the film for younger generations instead of reprising their famous roles as 60-year-olds.

And Murray approves of Aykroyd's vision of an all-female cast. Murray told MTV at this year's Comic-Con: "It's a great idea. They should do it with girls, and those girls particularly would be great. ... I think they're going to have a great success with it."

Murray's role in the film hasn't been announced yet. "Ghostbusters" is set to open July 22, 2016.

This video includes images from Getty Images and Columbia Pictures and music by Brenticus / CC BY 3.0