Who Should Play James Bond Next? 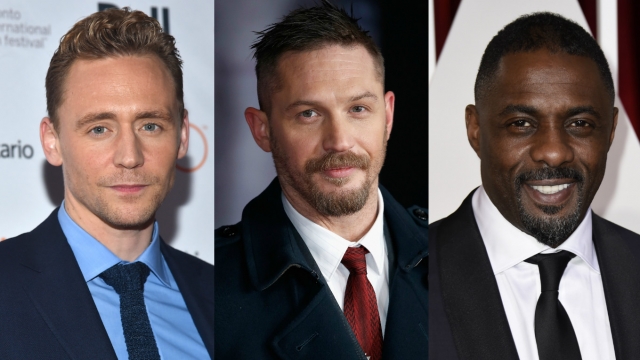 Tom Hiddleston told The Sunday Times he would be down to eventually fill Daniel Craig's shoes in the James Bond franchise.

But so would Idris Elba. And Tom Hardy. So, who would be the best Bond? Idris or one of the Toms?

We have two very serious standards to figure out who best fits the franchise: suaveness and film resume.

First, suaveness. Idris has this one on lock. Look at him smile and walk toward that camera for GQ. And he can be serious, too — because if there's one thing we know about Bond, he's a charmer and an intimidator.

That's not to say Tom Hardy and Tom Hiddleston don't have the same level of suaveness. Because they do. But Hiddleston is like a suave goofball. And Hardy is almost too distractingly handsome for the job.

On to the next factor: the resume. Again, Idris arguably has the most well-rounded mix of roles. He played a bad guy in "No Good Deed," dark characters in "Beasts of No Nation" and "The Wire," a chick magnet in "The Office," and good guys in "Luther" and "Mandela."

Tom Hardy tends to take on more hardcore roles with projects like "Taboo," "The Revenant" and "The Dark Knight Rises." Sure, "Inception" and "Marie Antoinette" are sprinkled in there, but we remember him from "Mad Max" before those two.

And Hiddleston: always the villain, never the good guy. After four films as the Marvel villain Loki and one turn in a horror film, the AMC series "The Night Manager" puts him in the most serious competition against Elba.

In the miniseries, Hiddleston is a former British soldier who gets recruited to infiltrate the inner circle of an arms dealer — how, very ... Bond-y.

So by our count, Elba still comes out on top as our ideal Bond. But really, we wouldn't complain if any of these guys became the next 007.